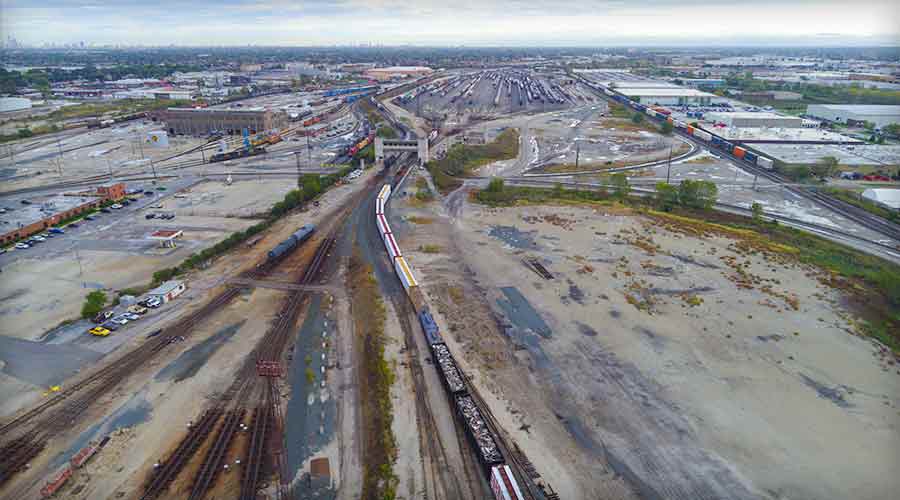 advertisement
Yesterday, the Obama administration announced the Southwest Light-Rail Transit (LRT) project in Minneapolis and University Circle-Little Italy rapid transit station in Cleveland will be expedited as part of the "We Can't Wait" initiative.

Per a presidential executive order issued in March, the Office of Management and Budget was charged with overseeing an effort to make the permitting and review process for certain infrastructure projects more efficient to shave time off the projects' schedules.

"Investments in infrastructure are putting people back to work in Minneapolis and Ohio, building and modernizing our transit systems," said U.S. Transportation Secretary Ray LaHood in a prepared statement.

The Southwest LRT project calls for constructing a light-rail line between downtown Minneapolis and the southwestern suburbs out to Eden Prairie, Minn. Funded in part by Federal Transit Administration dollars, the project includes more than 15 miles of new track, as well as several new stations and park-and-ride lots.

"The announcement affirms the status of the Southwest LRT project as a high-ranking and viable project, and the work we are doing with all the involved and committed partners to create a 21st century transit system," said Susan Haigh, who chairs the Metropolitan Council, which is overseeing the LRT project.

The Greater Cleveland Regional Transit Authority's University-LIttle Italy project involves the relocation of an existing station and construction of a new rail-transit station along with the rehabilitation of two rail bridges. The project is designed to integrate the station with the dense, high employment areas of the LIttle Italy neighborhood and University Hospitals. The project is being funded in part by a federal Transportation Investment Generating Economic Recovery grant.