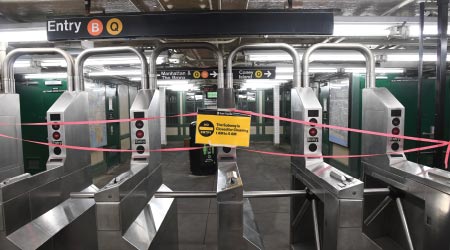 The U.S. Department of Transportation (USDOT) Office of Inspector General (OIG) announced earlier this month it has outlined risk areas for the department to monitor to prevent potential fraud, waste or abuse of billions of dollars provided under the Coronavirus Aid, Relief and Economic Security (CARES) Act.

Passed by Congress in March, the CARES Act provided USDOT with more than $36 billion to prevent, prepare for and respond to COVID-19's impact on all modes of transportation. To its credit, the department swiftly distributed the funds, but the amount of funds and the speed with which they were distributed create oversight challenges, the OIG said in its memorandum to the department.

The potential risk areas and the OIG's suggested actions to mitigate those risks were drawn from the OIG's prior work assisting the USDOT with oversight of economic stimulus or emergency relief funds.

The risks identified include:

Among the CARES Act funds distributed, $25 billion in grants were awarded to public transportation agencies. Another $10 billion went to airports.