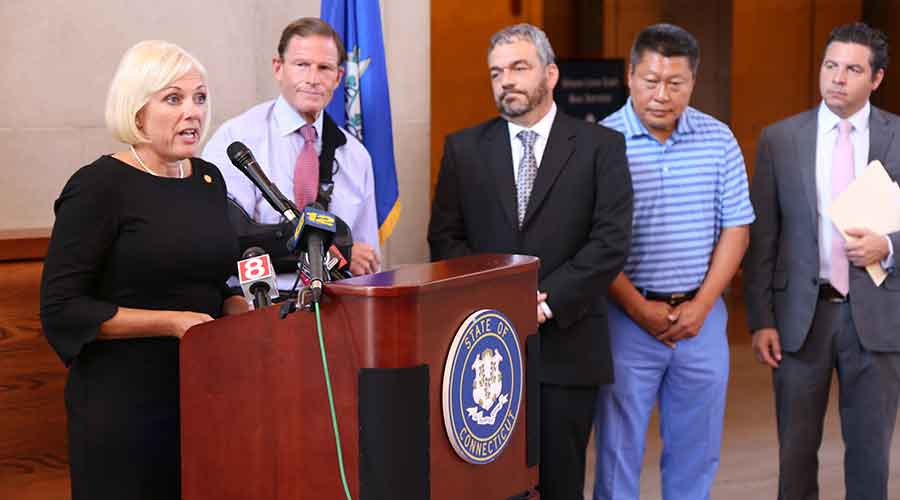 On the 50th anniversary of a deadly train collision in Connecticut, the National Transportation Safety Board (NTSB) and other government officials yesterday called on railroads to finish the job of implementing positive train control (PTC) to prevent similar collisions and other fatal rail incidents.

The NTSB issued its first PTC recommendation as a result of its investigation into the August 1969 accident, which killed four people and injured 43 others. The accident occurred when two Penn Central commuter trains collided just north of the Hoyt Street crossing on the New Canaan branch near Darien, Connecticut.

In 2008, Congress mandated the installation of PTC, a safety system designed to prevent train-to-train collisions, overspeed derailments, switches left in the wrong position and incursions into established work zone limits.

The initial deadline for railroads to implement the technology was December 2015, but the deadline was extended to 2018's end. With additional conditions met, some railroads now have until Dec. 31, 2020, to fully implement PTC. The NTSB has asked that no further extensions be granted.

Although the vast majority of railroads have completed work to install PTC on their track and locomotives, only 16 percent of Class Is, 19 percent of intercity passenger railroads and 29 percent of commuter railroads report that they've made their PTC systems interoperable with other systems, NTSB officials said in a press release.

Passenger trains frequently run on track owned by other railroads, which is why interoperability is required for a fully operational PTC system, they noted.

“Today is about remembering Darien,” said NTSB Member Jennifer Homendy at a press event held yesterday. "And there’s no better way to put that memory into action than to complete the implementation of PTC.”