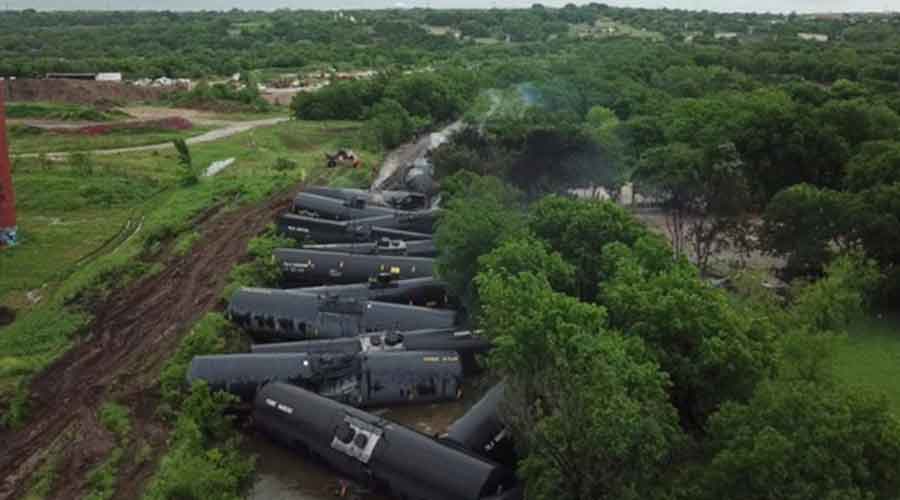 The National Transportation Safety Board (NTSB) yesterday published a preliminary report for its investigation of an April 24 derailment of a Union Pacific Railroad train near Fort Worth, Texas.

The 6,122-foot, high-hazard flammable, key train was carrying denatured ethanol in 96 loaded rail tank cars when 25 cars derailed on UP's Midlothian Subdivision. At least three tank cars leaked about 74,000 gallons of denatured alcohol, which then ignited. Some of the product entered a nearby tributary of the Trinity River, NTSB officials said in a press release.

No people were injured in the accident.

The derailment's cause remains under investigation, NTSB officials said. Investigators plan to return to Texas to more closely examine additional tank cars involved in the accident to assess damage and look for breaching. Some tank car parts were shipped to the NTSB Materials Laboratory for examination.

Heavy rain fell on the night of the accident and a large amount of water from nearby Lake Echo flowed through the railroad right-of-way. The investigation will examine safety issues including effective weather alert communications, policies and rules as well as inspection and maintenance of stormwater drainage from lakes, they said.

Click on this link to read the agency's preliminary report.