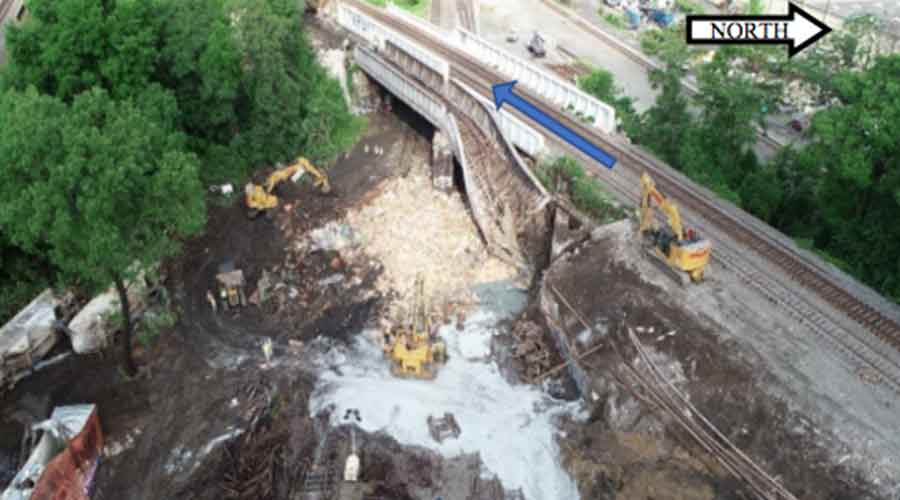 A CSX train derailment and subsequent bridge collapse in May 2018 in Virginia was caused by a subgrade fill failure of the track structure that displaced ballast, resulting in a cross-level deviation of the track significant enough to allow a wheel climb derailment, the National Transportation Safety Board (NTSB) has determined.

The NTSB yesterday announced the probable cause of the May 19, 2018, incident, which occurred in Alexandria, Virginia.

As a result of the derailment, the CSX bridge supporting main track 1 was extensively damaged and collapsed at the approaching abutment wall, NTSB officials said in their report's executive summary.

The bridge structure and eight of the 31 derailed rail cars fell on the tracks below, which are owned by Norfolk Southern Railway. The CSX bridge for main tracks 2 and 3 were not involved and remained in service throughout the investigation, according to the summary.

The board's entire report can be read here.