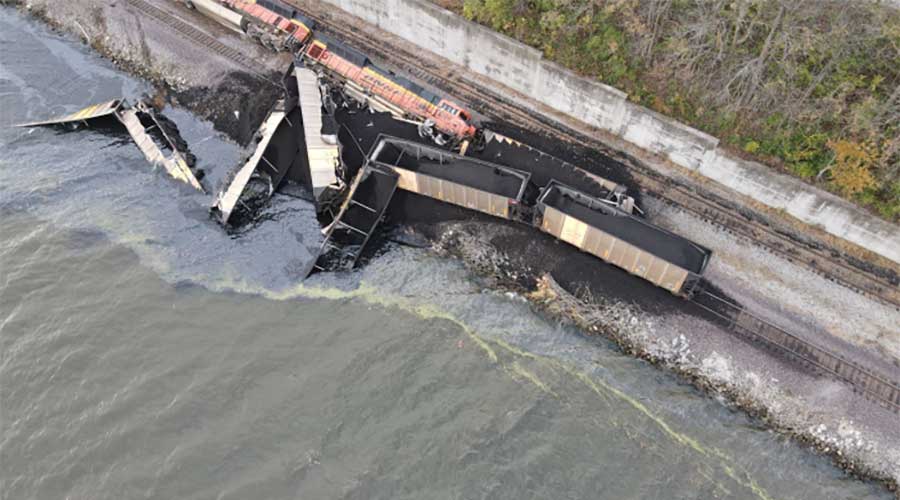 A collision and train derailment near Galland, Iowa, in November 2021 occurred because a Mississippi River towing vessel’s pilot and its captain pushed its tow up against a riverbank too close to a railroad track, the National Transportation Safety Board announced yesterday.

The incident occurred Nov. 13, 2021, between the towing vessel Baxter Southern and a BNSF Railway Co. coal train moving over the track along the shoreline of the Upper Mississippi River.

The train struck a barge that was hanging over the railroad track. Two locomotives and 10 hopper cars loaded with coal derailed, with six of the derailed hoppers entering the river. Two train personnel sustained minor injuries and the collision resulted in $1.9 million in damages to the locomotive and freight cars, according to an NTSB report on the incident.

The NTSB determined the probable cause of the collision was the tow’s pilot and captain not correctly identifying a caution area on an electronic chart before deciding, due to a high wind’s impact on the tow’s empty barges, to push the tow up against the riverbank alongside a railroad track.

To read the NTSB’s full report on the incident, click here.