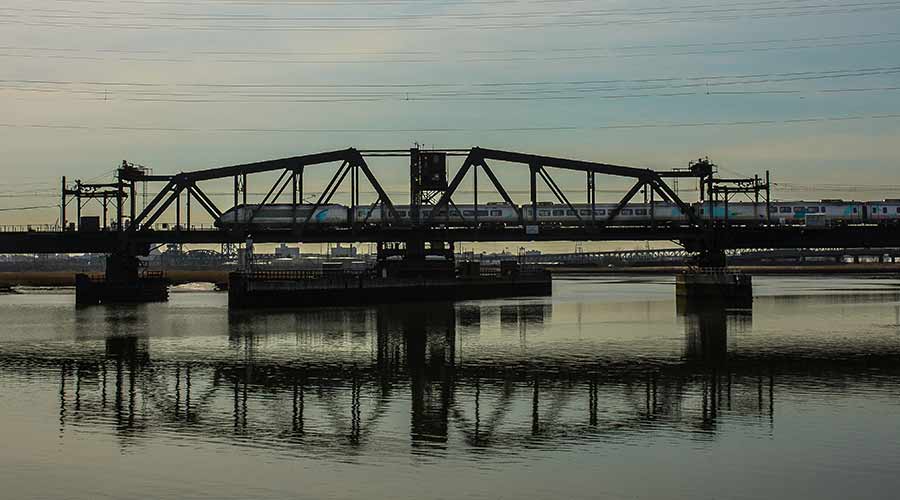 New Jersey Gov. Phil Murphy and other government leaders representing the state are calling on the Trump administration to help fund a replacement for the 108-year-old moveable Portal North Bridge.

Murphy, along with New Jersey's federal delegation, held a press event this week to talk about the need for replacing the bridge, its importance to the regional and national economy and to implore the Trump administration and U.S. Department of Transportation (USDOT) to get on board to help fund the project.

The bridge, which carries hundreds of Amtrak and New Jersey Transit trains between New Jersey and New York daily, is part of Amtrak's so-called Gateway project to replace aging rail infrastructure along the Northeast Corridor.

“The successful and efficient operation of the Northeast Corridor has profound consequences for our region’s commuters and economy, and no bridge improvement project is more consequential to the flow of goods and services than the Portal North Bridge Project,” Murphy said in a press release.

The bridge's swing-span design is often a cause of disruptions and delays for commuters, as mechanical failure frequently causes the bridge to become stuck after it's opened for maritime traffic.

The $1.6 billion replacement project calls for construction of a high-level fixed-span structure that would eliminate mechanical malfunctions, increase train speeds and allow NJ Transit to increase seating capacity by more than 10 percent.

Federal funding for the shovel-ready project requires a medium or higher rating from the USDOT. The project had previously earned the necessary rating, but despite a $600 million commitment from the state and commitments from other project sponsors and partners, the rating was downgraded by the Federal Transit Administration under President Trump's administration, according to Murphy's office.

“While federal officials have continued to move the goalposts, New Jersey and our partners have held up our end of the bargain, have put more skin in the game, and developed financial, construction, and engineering plans that are second-to-none," Murphy said. "New Jersey is ready. The time to build Portal North Bridge is now.”

The bridge's infrastructure is so old that it sometimes has to be set into place by workmen with hammers, said U.S. Rep. Albio Sires (D-N.J.).

“This infrastructure is important to our workers and our economy, which is why New Jersey has done its part to get the project moving forward," Sires said. "The project is shovel-ready and our state is committing $600 million to pay for our share and it is time for the [Trump] administration to see the obvious — this project is necessary and ready to go once we get federal assistance."