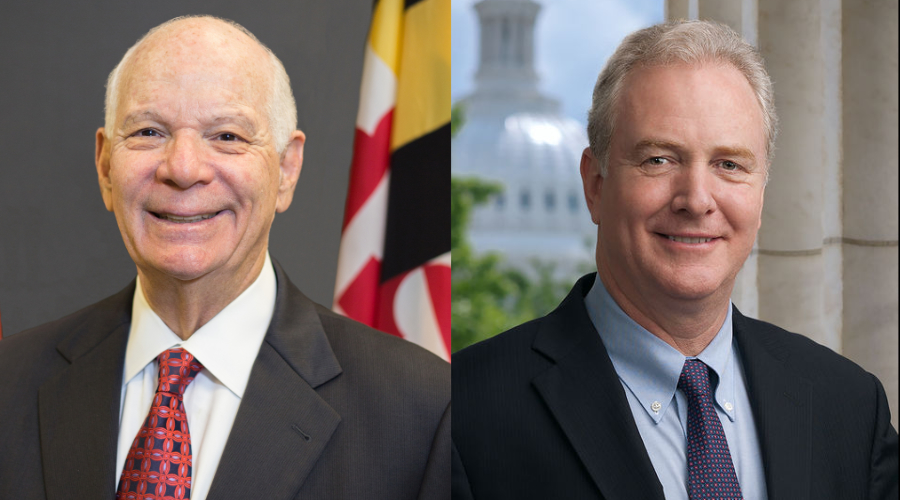 The U.S. Senate’s bipartisan infrastructure bill would include a new source of funding that could help revive Baltimore's Red Line light-rail project.

U.S. Sens. Ben Cardin and Chris Van Hollen (both D-Md.) announced this week that they secured language in the bill that would help revive the project should state and local leaders choose to restart it.

The Red Line project would be near completion had Hogan not canceled it, the senators said in a joint press release.

"Since that time, we have continued to seek ways to revive the project and deliver the needed investments in Baltimore’s transit system and economic growth," said Cardin and Van Hollen. "While the federal government cannot single-handedly bring this project online, we are committed to securing federal support to renew work on the project whenever the state and local officials signal they are ready to move forward again."

The Senate bill now under consideration includes $8 billion for Capital Investment Grants, the Federal Transit Administration program that had previously supported the Red Line project in Baltimore. The bill includes language that would ensure consideration of projects previously in the program, such as the Red Line.

The proposed $2.9 billion Red Line was a 14-mile east-west transit line across the city that would have connected to light rail, Washington Metropolitan Area Transit Authority's Metrorail and MARC train lines.