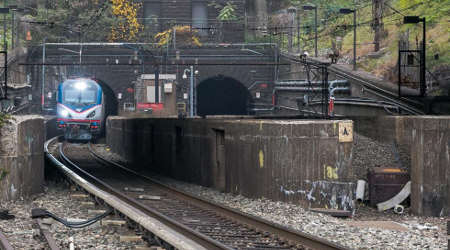 Funding for the Gateway Tunnel project was included in a $1.2 trillion spending bill that the U.S. House of Representatives passed last week.

The bill includes more than $900 million for the Gateway project in the transportation appropriations of H.R. 3354, said U.S. Rep. Rodney Frelinghuysen (R-N.J.) in a press release.

The Gateway project includes construction of new rail tunnel tubes that would replace existing infrastructure that runs underneath the Hudson River between New York and New Jersey. The project is key to rail transportation on the U.S. House of Representatives .

"Now more than ever, it is imperative to our economy and to our quality of life to have safe and well-functioning transportation infrastructure. It is not an overstatement to say that Gateway is critical to our nation’s economy," said Frelinghuysen in a press release.

The corridor — home to more than 50 million people between Washington, D.C., and Boston — produces $3 trillion in economic output, which is equal to 20 percent of the nation's gross domestic product, Frelinghuysen noted.

"Safe and reliable passenger rail travel through New Jersey and New York City is essential to that economic productivity," he added.