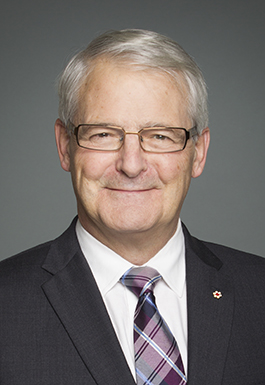 Canadian Minister of Transport Marc Garneau unveiled his strategy for the nation's transportation system through 2030, including a plan to speed up the safety of freight-rail service.

Garneau's strategies for a safer transportation system include speeding up government review of the Railway Safety Act, "so we can move more quickly to further enhance railway safety standards," he said, according to a press release.

He outlined his transportation vision in a speech yesterday before the Chamber of Commerce of Metropolitan Montreal.

The government will implement rules to require railways to install video and voice-recording devices in locomotives "so that this critical information can be used during accident investigations of the future, while protecting the privacy of employees," Garneau said.

Having such devices in locomotives will improve investigations into incidents such as the July 2013 crude-oil train derailment in Lac Megantic, Quebec, which killed 47 people, he said.

"Accidents do happen, but we need to learn from experience to avoid accidents in the future," said Garneau, according to his speech notes issued by Transport Canada.

Among strategies to improve travelers' experiences, Garneau said the the government is exploring the potential for high-frequency passenger-rail service in the Montreal-Ottawa-Toronto corridor.

Earlier this week, the Transportation Safety Board of Canada this week unveiled its annual Safety Watchlist, which included a call for voice and video recorders to be installed on locomotives.