AAR urges feds to be 'pro-innovation' with automation regs 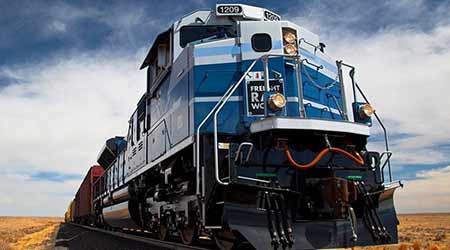 The Association of American Railroads (AAR) yesterday called on the federal government to take a "pro-innovation" approach when regulating automation in the freight-rail industry.

In comments filed with the U.S. Department of Transportation, the AAR urged the government to apply the same regulatory approach to freight railroads that it takes toward highway vehicles, AAR officials said in a press release.

The filing, which also offers regulatory reform principles and calls for autonomous-vehicle technology to account for grade crossings, is in response to USDOT’s request for comment on its recent publication, "Preparing for the Future of Transportation: Automated Vehicles 3.0."

"Not only will the public benefit from technology-driven safety gains in the rail industry, but it also will benefit if railroads remain a viable, competitive alternative to other transportation modes, thus ensuring the continued diversity and strength of the transportation network in the United States," the filing states, stressing the need for a mode-neutral approach.

"Increased automation will be key to continued efficiency gains, increased capacity to transport customers' freight, further reduction of congestion on the highways, and increased fuel efficiency and emissions benefits," AAR officials argue. "Autonomous technology has the potential to improve network velocity and fluidity, increasing rail capacity, and promoting the health and growth of the U.S. economy."

If a clear set of principles are followed, safety aiding technologies will take greater hold in the future, the officials believe. Those principles include:
• Barriers to deployment must be overcome outside of waivers;
• Railroads and railroad equipment manufacturers should be permitted to create voluntary standards;
• Regulations should be performance-based, rather than prescriptive;
• Regulations must be federal to avoid a patchwork of state and local rules; and
• the Federal Railroad Administration must engage in the process.

"Safety is at the heart of all that the industry does, and by ensuring that federal policy enables innovation in the rail sector, we will continue to make a safe network safer," said AAR President and Chief Executive Officer Edward Hamberger.