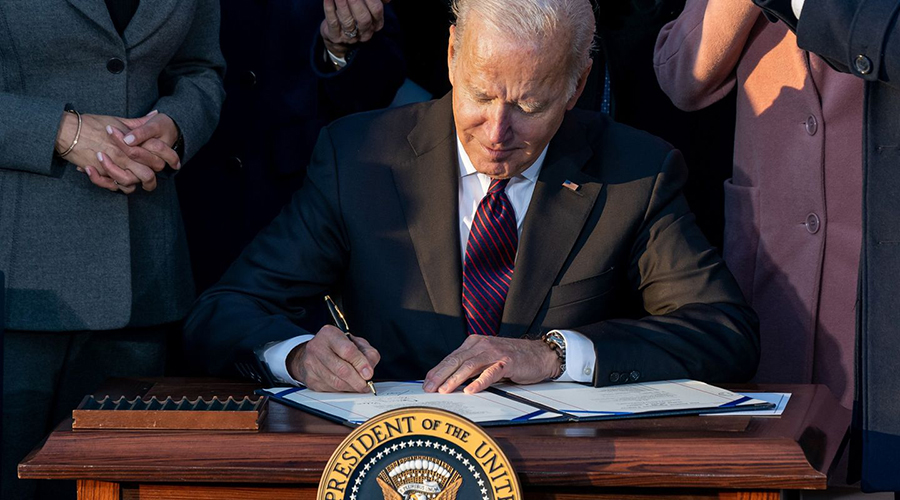 The bill also contains significant funding for research, development and demonstration projects that will play an important role in creating and further refining technologies that will help railroads to continue reducing their greenhouse gas emissions and further address climate change, they said.

"Prioritizing investments and commonsense policy solutions were the result of thoughtful, bipartisan negotiations and the tireless work of many," said AAR President and CEO Ian Jefferies. "As we collectively face today’s challenges and build tomorrow’s opportunities, this package will help pave the way for a more modern, safer and resilient infrastructure network.”

Other rail and transportation organizations also reacted to the new IIJA, which Biden signed during a ceremony held yesterday at the White House. Following are statements from a few of them.

"For 50 years, the nation has been waiting for the federal government to provide Amtrak with the resources we need to fully deliver on our mission to serve the American people. The bipartisan infrastructure deal fulfills this promise and we are ready to start rebuilding and expanding passenger rail to meet the service demands and sustainable transportation goals of the future." — Amtrak Chair Tony Coscia