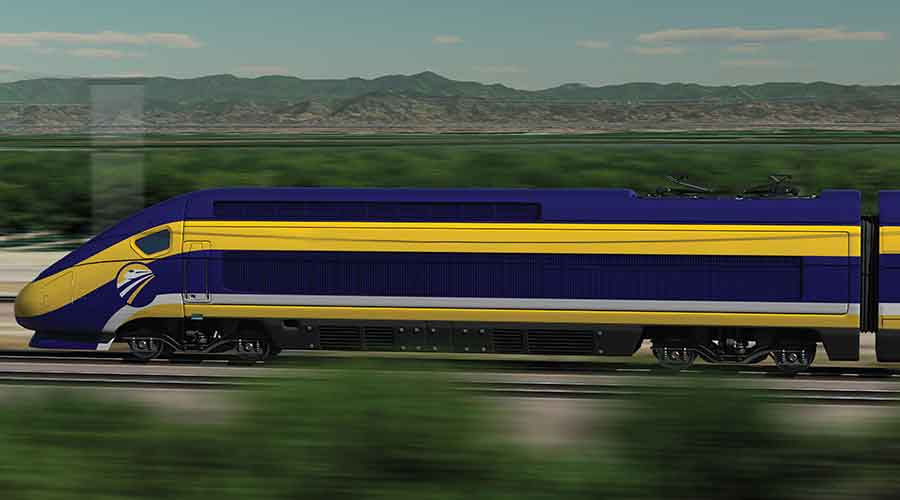 The Federal Railroad Administration (FRA) missed opportunities to better assess and mitigate federal government risks in the agency's oversight of the California high-speed rail project, according to an audit by the U.S. Department of Transportation Office of Inspector General (OIG).

Requested by the former chair of the House Committee on Transportation and Infrastructure's Subcommittee on Railroads, Pipelines and Hazardous Materials, the OIG audit reviewed FRA's risk mitigation and oversight of the project's expenditures, OIG officials said last week in a press release.

The FRA administers the federal High-Speed Intercity Passenger Rail (HSIPR) discretionary grant program. Between 2009 and 2011, Congress appropriated $10.2 billion for the program. As of April 2019, the FRA disbursed $8.5 billion of those funds, with 35.5 percent dedicated to developing the high-speed rail corridor in California.

The audit's objectives were to assess FRA's risk analysis, assessment and mitigation efforts, particularly regarding the availability of nonfederal matching funds, business plans and financial reporting; and procedures for determining whether federal funds expended complied with applicable federal laws and regulations.

Due to the significant amount of HSIPR funds dedicated to California, the audit focused on FRA’s cooperative agreements with the California High-Speed Rail Authority (CHSRA), which manages the state's high-speed rail program.

The OIG considers all four recommendations resolved but open pending completion of planned actions, they said.

California's high-speed rail program initially called for constructing a high-speed rail line from Los Angeles to San Francisco. In February 2019, California Gov. Gavin Newsom announced the state would scale back the plan to focus on a shorter route in the Central Valley.

In May 2019, the FRA formally canceled nearly $929 million in previously awarded federal funds to California's high-speed rail program. Additionally, the FRA said it was considering "all options" to seek the return of $2.5 billion in federal funds that the state has already received for the project.

The state filed a lawsuit against the federal government for canceling the grant.