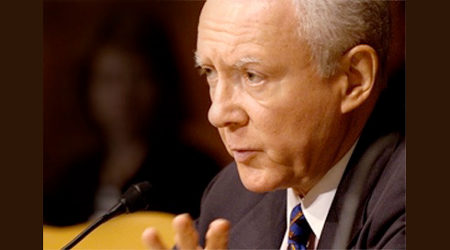 Expired since Dec. 31, 2016, the short-line tax credit would be extended to Dec. 31, 2018. The Section 45G provision allows regionals and short lines to claim a 50 cent tax credit for each dollar they spend on track rehabilitation and maintenance projects, up to a cap of $3,500 per mile of owned or leased track.

American Short Line and Regional Railroad Association officials remain optimistic that Congress soon will revive the Section 45G provision through a tax extenders' package, such as S. 2256. The tax credit has enabled small railroads to invest $4 billion in capital in infrastructure improvements since it was enacted in 2005, according to the association.

More than 50 organizations recently sent a jointly signed letter to House and Senate leaders urging them to pass legislation that would extend key tax credit provisions. Those credits "impact sectors vital to the U.S. economy and support tens of thousands of jobs nationwide," the letter states.

The recently passed Tax Cuts and Jobs Act didn't include a permanent extension of the Section 45G tax credit.