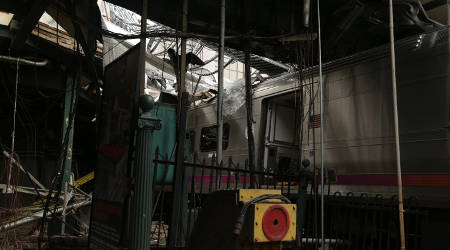 The operators of two commuter trains involved in separate New York City-area crashes in the past year were both suffering from undiagnosed sleep apnea, according to records made public yesterday by the National Transportation Safety Board (NTSB).

The board also is preparing a Special Investigation Report and will make recommendations focused on the findings from both accidents. The commonalities of the incidents — both involving bumping post collisions at the end of a track in a terminal — warrant one discussion of related safety issues, NTSB officials said in a press release.

The NTSB has scheduled a single board meeting for Feb, 6, 2018, at its board room and conference center in Washington, D.C., to discuss the accidents.

In the Hoboken incident, the NJ Transit train failed to stop, overrode a bumping post at the end of the track and crashed into a wall of the Hoboken Terminal. A passenger standing on the platform was killed. Of the 250 passengers and three crew members on board, about 110 sustained injuries. The engineer, who woke up on the floor of the cab after the accident, says he has no memory of the crash. He was later diagnosed with sleep apnea.

In the LIRR incident, a train with six cars collided with the end of the track at the Atlantic Terminal, resulting in 108 reported injuries, none of which were life-threatening. The LIRR train's engineer was diagnosed with sleep apnea after the incident.

The NTSB investigations have not yet reached conclusions on the cause of the accidents.