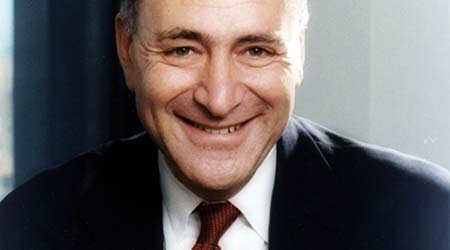 Schumer said the USDOT yesterday issued a report on its rulemaking for the remainder of the year, and it includes a proposal related to a vapor pressure standard for rail shipments of crude oil, and a proposed process for testing hazardous materials like crude oil.

The USDOT will begin a formal process to request comments from stakeholders on whether there should be a vapor pressure standard for the shipment of crude oil by rail. In addition, the department will begin a process to establish best practices for how to test crude oil and other hazardous materials for things like vapor pressure, according to a press release issued by Schumer's office.

Those two steps are the first part of a regulatory process to establish scientifically supported federal standards regarding the safety of crude oil prior to shipment by rail, he said.

"The damage that volatile, highly dangerous crude oil tankers can cause in New York communities is tremendous, so I am pleased the USDOT has finally heeded our call and taken its first significant steps toward lowering the risk of a damaging explosion by exploring standards that will make crude oil less volatile before it's transported through our neighborhoods," said Schumer.