While there, the congressman learned about Landoll's various equipment and discussed public policy priorities for the state's business and rail communities, according to a press release issued by the Railway Engineering-Maintenance Suppliers Association (REMSA). 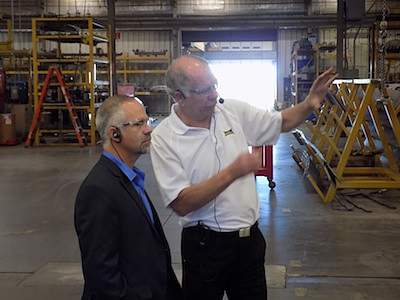 "It was a pleasure to learn the important work that Landoll Corp. is doing in the Marysville community and how their products represent Kansas in a global marketplace," Huelskamp said. "For local family businesses like Landoll to thrive and compete around the world, we need less regulations and more certainty from Washington." Other attendees included Dan Caffrey, Landoll's vice president of finance; Carla Grund, mayor of Marysville; Tim Manley, UP's director of operations in Marysville; and Sean Winkler, grassroots coordinator at REMSA.

Meanwhile, U.S. Rep. Donald Norcross (D-N.J.) yesterday joined staffers from the Railroad Construction Co. of South Jersey (RCCSJ) to tour the company's facility. He also visited RCCSJ's project at the Port of Paulsboro, where 14,000 feet of track and nine turnouts are being built. 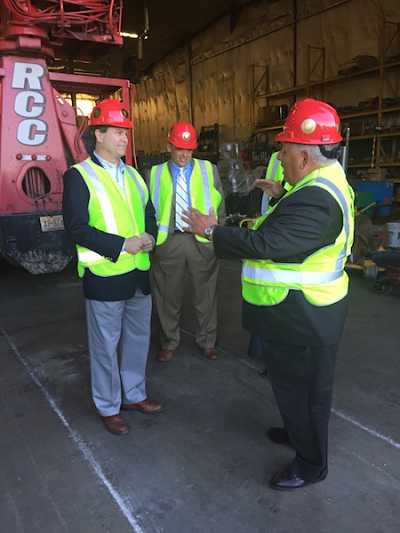 "This investment in infrastructure in South Jersey is an investment in our future. The trains that will travel these rails will literally deliver new jobs and economic growth to this region, and that’s something we all welcome,” said Norcross.

During the tour, attendees highlighted the importance of extending the positive train control deadline, according to a press release issued by the National Railroad Construction & Maintenance Association (NRC). They also discussed extending the 45G short-line tax credit. 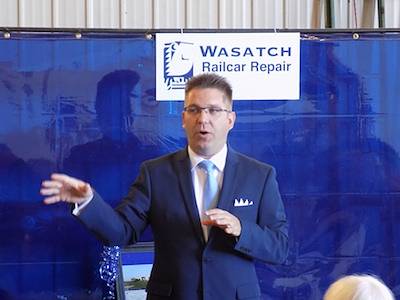 During Rimmasch's speech, he provided an overview of the company, shared the importance of a recently enacted Wyoming tax credit to the re-opening of its facility in Shoshoni and outlined the company's plans for future growth in the city."Relationships are key to our business and we will continue to work with the local community to grow and give back to the state and Fremont County," Rimmasch said.