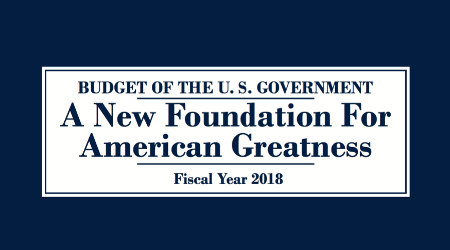 The budget indicates that the FTA won’t be signing any new FFGAs, even for transit projects that received funds under the FY2017 omnibus appropriations bill, according to a budget analysis by the American Public Transportation Association (APTA).

Trump proposes zero funding for the TIGER program and no operating support for Amtrak’s long-distance routes. TIGER is a discretionary grant program that helps fund road, rail, transit and port projects that serve national objectives, according to the USDOT.

From 2009 to 2016, the department provided TIGER grants worth a combined $5.1 billion to 421 projects. The federal dollars leveraged money from private-sector partners, states, local governments, metropolitan planning organizations and transit agencies.

Moreover, the budget calls for reducing support for other intercity passenger-rail programs authorized by the Fixing America’s Surface Transportation (FAST) Act, APTA says. However, also consistent with the FAST Act, the budget does recommend the full $9.7 billion for FTA programs funded by the Highway Trust Fund’s Mass Transit Account, according to APTA.

A peek at the infrastructure plan

Trump’s budget also offered for the first time a more detailed look at his proposed $1 trillion infrastructure initiative, which calls for $200 billion in federal infrastructure outlays over 10 years — with $5 billion being made available in FY2018, according to a supplemental budget fact sheet.

“The specifics of TIGER, New Starts and Amtrak are troubling,” Baker says. “All those proposals are bad for rail contractors.”

On the other hand, the infrastructure plan could bring encouraging news for rail projects and the contractors that work on them, he adds.

“What this [budget] means is that the NRC and groups like ours will be on Capitol Hill helping to make the case for why [TIGER, CIG and Amtrak] are worth the federal investment,” says Baker. “And, we’ll be working on getting an infrastructure bill through Congress and onto the president’s desk.”