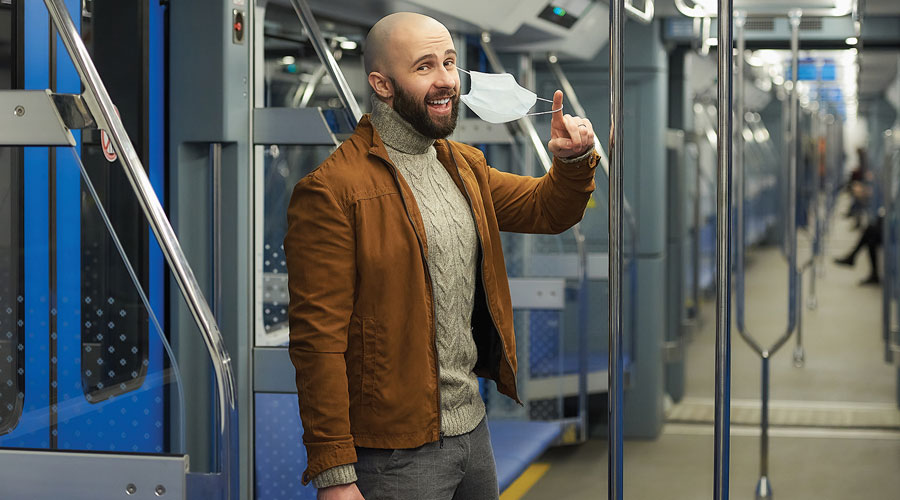 Transit agencies across the country are revising their mask policies after a federal judge in Florida last month struck down the U.S. Centers for Disease Control’s federal mask mandate for public transportation, which had been in place since January 2021.

Only the Metropolitan Transportation Authority — which operates New York City’s subway system as well as the Metro-North and Long Island commuter railroads — plans to continue requiring riders to wear masks, according to comments from New York Gov. Kathy Hochul at a press conference held April 20.

“We’re going to continue [enforcing the mandate] in the short term for public transit,” Hochul said. “Let’s just be smart about it. I think people do feel better — when they’re on public transit sitting really close to somebody — to know that people are protecting themselves.”

In San Francisco, Bay Area Rapid Transit’s board was set to consider a proposal to reinstate the agency’s mask mandate at a meeting on April 28. BART attempted to keep enforcing the mandate after it was struck down at the federal level, but California officials determined there was no state-level mask mandate to enforce.

To reintroduce the mandate, the agency’s board must go through the proper channels — rather than institute an emergency rule — if there is no local or state mandate, BART officials said on Twitter. Board Director Rebecca Saltzman and board members Janice Li and Bevan Dufty are spearheading the proposal.

“COVID cases are rising again, and we must keep riders safe, especially folks who are immunocompromised or who are under [the age of] 5 and not yet eligible to get vaccinated,” Saltzman tweeted on April 20.

U.S. District Judge Kathryn Kimball Mizelle ruled April 18 that the mandate exceeded the CDC’s authority, violating administrative law. On April 13, the CDC extended the mask requirement on public transportation through May 3. The U.S. Department of Justice plans to appeal the ruling if the CDC determines the mandate “remains necessary for public health,” according to an April 19 statement.

“The department continues to believe that the order requiring masking in the transportation corridor is a valid exercise of the authority Congress has given the CDC to protect the public health. That is an important authority the department will continue to work to preserve,” said DOJ spokesman Anthony Coley.

U.S. Health and Human Services Secretary Xavier Becerra lauded the DOJ in the following April 19 tweet: “Great to see @TheJusticeDept would defend @CDCgov’s authority to protect everyone in our nation during a public health crisis.”

The CDC, along with most mass transit systems, is still recommending that public transit system users wear a mask while onboard vehicles and indoors.