If the STB blesses its Pan Am marriage, CSX expects the union to be productive and fruitful 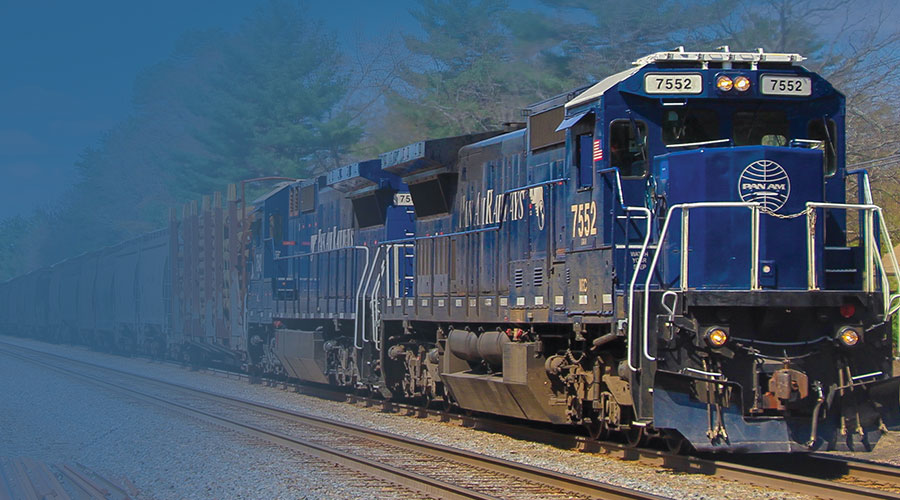 What’s become a popular operating strategy among the Class Is — the streamlining of operations to provide more reliable and predictable service — precision scheduled railroading or PSR has also become too much of a generic term du jour in the rail industry, Foote believes. Employed in various forms for more than 20 years, the operating strategy now tends to mean different things to different railroads.

Instead of mentioning PSR anymore, Foote would rather discuss what it enables the railroad to do now: further improve operational productivity, sustainability and safety, such as through the increased use of technologies, and spur more growth.

There are significant opportunities to leverage more technologies to improve the pace and quality of decision-making, Foote believes. And since CSX is a more productive and efficient railroad than it was pre-PSR, there’s also a significant number of traffic-growth opportunities the railroad is poised to seize.

The operational changes and refinements really are process engineering, said Foote during his address.

“You get your house in order and then begin to look at new and unique opportunities that can make the railroad relevant again,” he said.

The acquisition enables CSX to gain access to new products, markets and regions through a more competitive multimodal solution for chemical producers and shippers that leverages both truck and rail services.

Big pay off a huge draw 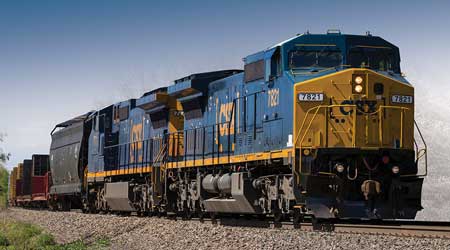 The acquisition would increase CSX’s geographic footprint in the Northeast, expanding its reach in Connecticut, New York and Massachusetts.
CSX

But another acquisition that’s long been in the works — and a major one at that — promises to pay off in much more significant ways if it reaches the closing stage. CSX is working to purchase Pan Am Railways (PAR), the largest U.S. regional, through what would be the Class I’s biggest acquisition since the Conrail split with Norfolk Southern Railway in 1999.

After nearly six months of negotiations, CSX in late 2020 reached an agreement to purchase the Class II railroad based in North Billerica, Massachusetts, from Pan Am Systems Inc. in a deal estimated at $700 million. PAR owns and operates a nearly 1,200-mile network and retains an interest in the more than 600-mile Pan Am Southern (PAS) system with partner NS.

PAR’s primary subsidiaries are the Boston and Maine Corp., Maine Central Railroad Co., Portland Terminal Co. and Springfield Terminal Railway Co., which operates all PAR lines as well as the PAS lines as a contract operator. The regional’s network connects with lines operated by CSX, CN, NS, Canadian Pacific, and more than 20 regionals and short lines, and accesses multiple ports and large-scale producers. 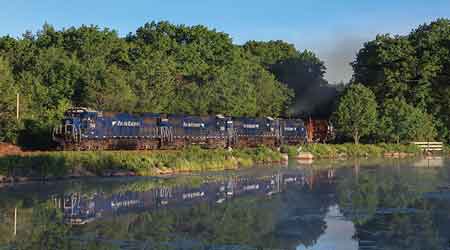 PAR operates a nearly 1,200-mile network and retains an interest in the more than 600-mile Pan Am Southern system with partner NS.
Dan Lowe/Pan Am Railways

The acquisition would increase CSX’s geographic footprint in the Northeast, expanding its reach in Connecticut, New York and Massachusetts, and adding points in Vermont, New Hampshire and Maine to the Class I’s 23-state network.

PAR offers above average traffic-growth opportunities, enticing customers and solid connections to the railroad’s network, says Kevin Boone, CSX’s executive vice president of sales and marketing. The deal would enable the Class I to offer many shippers single-line service.

“We’re always looking for ways to feed more volume onto the railroad. Pan Am is in attractive markets,” says Boone. “Everyone here is excited about this. They feel the momentum.”

But before any of that excitement surrounding PAR can build to a crescendo, there’s one major matter that needs to be resolved: obtaining Surface Transportation Board (STB) approval. That’s the deal’s only significant obstacle that still needs to be cleared, says Boone.

In March, the STB ruled the acquisition is a significant transaction, meaning it required a more rigorous review process. CSX submitted a 478-page application to the board on April 30 that outlined planned track and infrastructure upgrades, routings, motive-power usage and other key points about the acquisition. However, the STB on May 26 deemed the application incomplete — citing contradictions and a lack of necessary information — and rejected it.

CSX submitted a revised application on July 30 that addressed the board’s concerns. Since then, CSX executives have tried to answer any other questions raised by STB members, says Boone.

“It’s an education process,” he says.

For example, the STB asked CSX to extend its traffic-growth forecasts for the combined network through 2027. The Class I then submitted the updated information on Aug. 19.

The railroad will do whatever it takes to eliminate any confusion or ease any of the STB’s concerns, said Foote.

“We will work through issues — that’s what we do,” he said. “We clearly are willing to deviate from our plan.”

Comments on the revised application are due to the STB by Jan. 3, 2022. CSX anticipates an STB decision on the acquisition in April 2022 and a potential deal closing in May 2022.

There has been widespread support for the acquisition, says Boone. For example, shippers Eastern Propane and Boston Sand & Gravel tout the potential for improved service performance because of CSX’s size, scale, expertise and investment capacity.

In addition, more than 100 pro-merger comments have been filed with the STB thus far. In a filing, New Hampshire Department of Transportation Commissioner Victoria Sheehan wrote: “This transaction would be beneficial to New Hampshire because it would provide a continuous, single-line rail service and provide additional resources to improve and market the line with the potential to bring additional freight service to New England markets.”

However, there also are a number of parties who oppose aspects of the transaction. Among them: Canadian Pacific, Amtrak, the U.S. Department of Justice (DOJ), state of Vermont and Vermont Rail System.

CP and the DOJ officials believe CSX’s acquisition of a 50% stake in PAS would be anti-competitive. The PAS system — which provides NS access to the Boston area — includes the former Boston & Maine west of Ayer, Massachusetts, and a north-south route along the Connecticut River in Connecticut, Massachusetts and Vermont.

CSX worked out a deal with Genesee & Wyoming Inc. (G&W) to serve as the neutral operator of PAS. G&W would create subsidiary Berkshire & Eastern Railroad to operate the lines.

CP officials are concerned that G&W’s role as the third-party operator would not ensure competitive viability because G&W has conflicting interests in New England as the owner of a number of short lines in the region. CP officials also question whether shifting NS’ intermodal and automotive traffic to new trackage rights on CSX’s parallel Boston & Albany route would reduce NS’ incentive to support the viability of the former Boston & Maine route through the Hoosac Tunnel.

Moreover, CSX would eventually route CP’s single-line traffic away from PAR lines and onto the Boston & Albany, which would drastically diminish the viability of the former Boston & Maine mainline CP uses to interchange traffic to and from New England, CP officials claim. 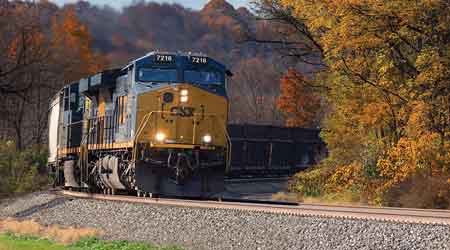 The Class I plans to address 216 miles of PAR and PAS line segments that are subject to train speed restrictions.
CSX

“We’ve got a super-deluxe, double-stack railroad, but they don’t seem like it for some reason,” said Foote, referring to the Boston & Albany. “So if they want to go through the Hoosac, we’ll send them through the Hoosac.”

Meanwhile, officials from Vermont Rail System and the state believe the acquisition is not in the public’s interest because it would harm Vermont’s rail shippers by reducing competition.

CSX completed its due diligence to ensure it created an acceptable and non-threatening transaction for any party impacted by the acquisition, says Boone.

“We structured this to alleviate a lot of concerns. We will continue to work and listen — we are showing our flexibility,” he says.

The deal also won’t negatively impact CSX’s performance for passenger railroads, including Amtrak, Boone says. The Class I has been a best-in-class performer-for Amtrak with a solid on-time average, he adds.

“We deal with a lot of passenger railroads,” says Boone.

To benefit all traffic, CSX plans to make a significant investment in infrastructure improvements in PAR’s network, including track upgrades. There are about 216 miles of line segments on the both the PAR and PAS systems that are subject to train speed restrictions due to deferred maintenance or capital investment needs, with 191 of the miles under long-term speed restrictions.

In addition, CSX plans to perform catch-up tie replacement and surfacing work on PAR’s mainlines according to the Class I’s cycles, which typically call for replacing 900 to 1,100 ties per mile per year. Jointed rail would be replaced with welded rail, and more regular surfacing and roadbed maintenance work would be performed.

“It’s what we do well — deploying capital. The faster train speeds will help customers get their goods to market quicker,” says Boone.

Moreover, CSX plans to upgrade PAR’s locomotive fleet by using its own motive power and employing its fuel-efficiency measures at the regional.

Once CSX acquires control of PAR, the Springfield Terminal Railway would continue to operate both the PAR and PAS lines. After agreements are negotiated and signed with labor unions, the Springfield Terminal would merge into CSX and the Class I would assume operations of PAR lines, with G&W subsidiary Berkshire & Eastern Railroad becoming the contract operator of PAS lines.

CSX plans to apply its operating practices at PAR, helping to modernize the regional and introduce efficiencies aimed at emphasizing consistency, reliability, and data measurement and management.

Which way will the STB swing?

Whether the transaction will gain STB approval remains to be seen. In late August, the board stressed the public’s interest and anti-competitive concerns when rejecting a voting trust for CN’s and Kansas City Southern’s planned merger. Although that was a much larger proposed marriage between two Class Is, the STB’s decision on it revealed some resistance to significant railroad mergers.

The good news for CSX-PAR is that the objections raised by proponents are not unworkable and any necessary countermeasures are not insurmountable, said independent rail industry analyst and Progressive Railroading columnist Tony Hatch in an email to clients on Aug. 27.

Along with CSX’s ongoing effort to sell its Massena lines in upstate New York to CN — a deal was reached in August 2019 but remains under regulatory scrutiny — CSX-PAR will show if the federal government’s possible disapproval of Class Is acquiring regional and short-line assets might, in turn, be a boost for the infrastructure fund sector, Hatch believes.

Nevertheless, CSX leaders are confident the acquisition will pass regulatory muster. There couldn’t be a better time to pursue the transaction, given all the supply-chain disruptions, issues in the trucking industry — such as a severe driver shortage — and the overall need for additional freight-rail capacity, Boone believes.

“Supply chains are suffering now. Shippers are searching for more options to move their freight,” he says. “This is all about providing more options for customers.” 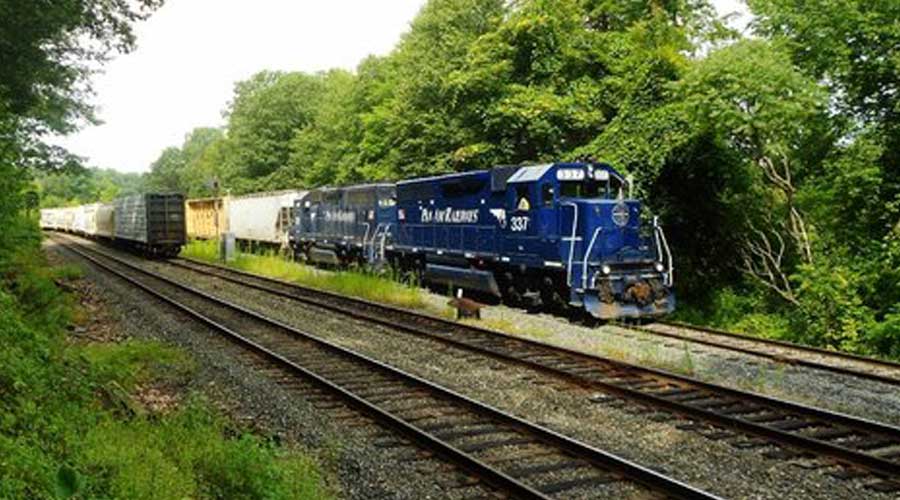