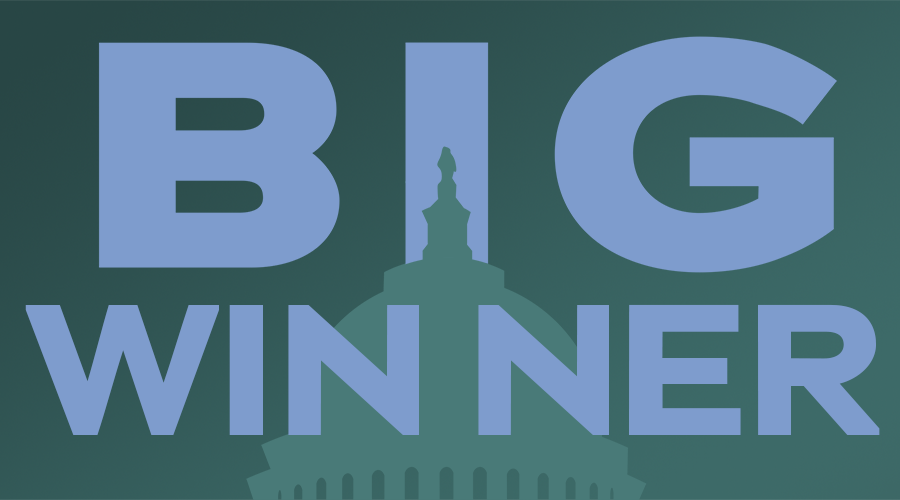 By his own admission, American Short Line and Regional Railroad Association (ASLRRA) President Chuck Baker has used “shades of gray” terms, caveats and qualifications to describe his projections for what might happen to infrastructure legislation on Capitol Hill in any given year. But there is no holding back when Baker talks about the Infrastructure Investment and Jobs Act (IIJA) that Congress passed and President Biden signed in November 2021.

The law will pump $1.2 trillion into the nation’s roads, bridges, waterways, airports, rail and transit systems, and other infrastructure. It also reauthorizes surface transportation programs for the next five years.

"We’re really, really, really pleased," Baker says of the landmark legislation. "It is a fantastic result for short lines. And we’re excited to go after all the opportunities that it creates."

Moreover, the legislation includes significant funding for development and demonstration projects that will help create new technology to enable railroads to reduce greenhouse gas emissions, according to the Association of American Railroads (AAR).

ASLRRA members are particularly enthusiastic about what the bill does for CRISI, the only federal rail-specific grant program that short lines can apply to directly. Under other infrastructure grant programs that help fund short-line rail projects, the applicants are typically state departments of transportation, municipal planning organizations (MPOs) or local government entities.

"CRISI was our No. 1 focus going into the bill, and what we ended up with is $1 billion a year in guaranteed funds, plus an authorization for up to another $1 billion a year," Baker says. The measure marks the first time that at least some annual CRISI funds will be guaranteed over the IIJA’s five-year period.

"That, by itself, is a huge deal," he says. "That will provide a lot of opportunities for short line infrastructure projects."

Although the biggest portion of rail dollars is earmarked for passenger rail, freight railroads have a lot to be pleased with in the new law, says Adrian Arnakis, AAR’s senior vice president of government affairs.

One thing AAR officials are eager to see launched is the new Rail Crossing Elimination Grant Program, which calls for funding highway-rail or pathway-rail grade crossing improvement projects that focus on improving the safety and mobility of people and goods, according to a Federal Railroad Administration fact sheet. Projects eligible for funding include a grade separation or closure through use of a bridge, an embankment or tunnel; a track relocation; and other means to improve safety at crossings.

The IIJA calls for $500 million per fiscal year through authorized funding and up to another $600 million through advanced appropriation for crossing elimination grants.

"Getting that program into the final [legislation], and at such a high number, is reflective not only of its importance to safety, it also will help improve fluidity and capacity" of the rail network, says Arnakis. 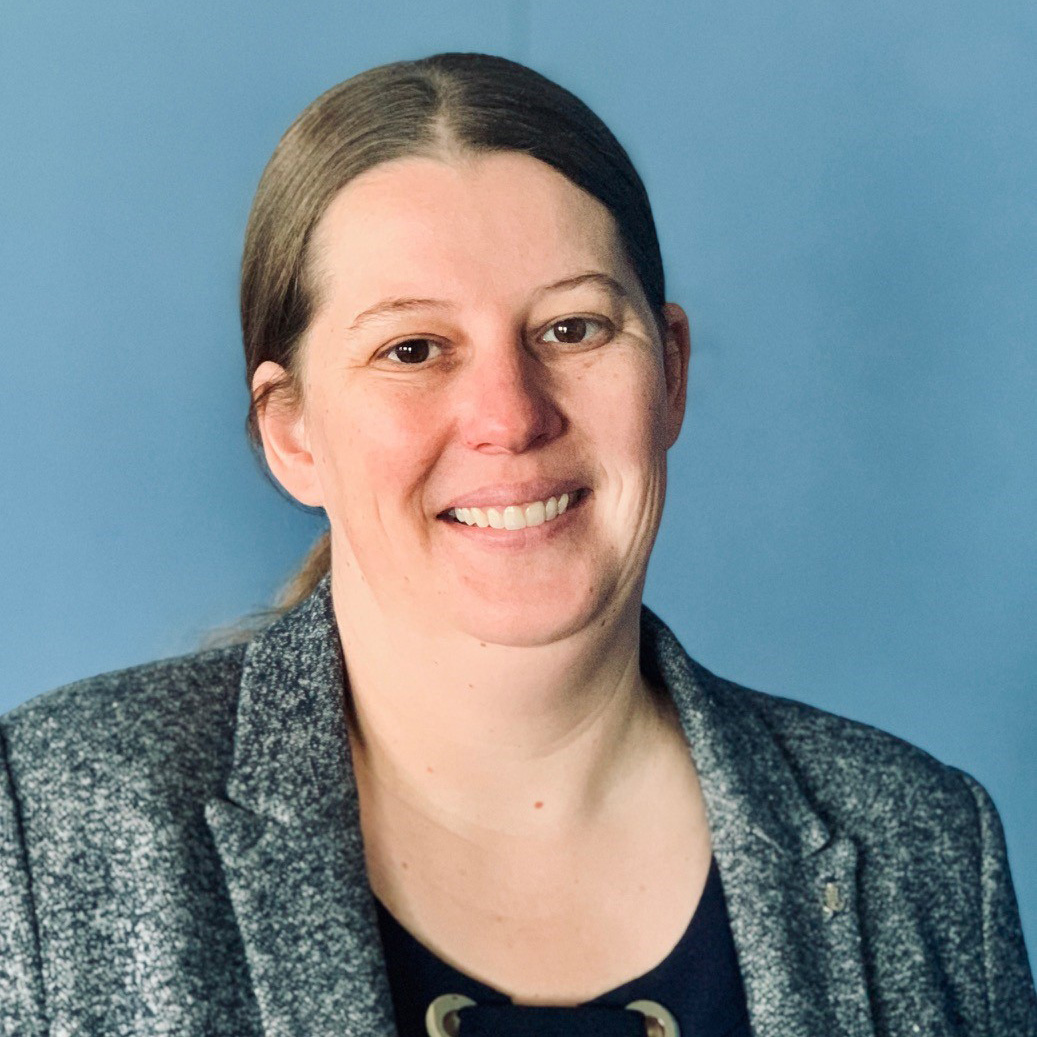 Under the program, local or state government entities, MPOs and port authorities will be the grant applicants, and railroads “already have started talking with those partners as they prioritize their projects and look ahead to whenever the notice-of-funding opportunity comes out this year,” she says.

Other existing programs that provide discretionary grants for rail and multimodal projects — such as the Infrastructure for Rebuilding America (INFRA) program, which pays for highway and rail projects of national significance, and the Rebuilding American Infrastructure with Sustainability and Equity (RAISE) program (formerly known as TIGER) — stand to receive more money than before. Combined, CRISI, INFRA and RAISE are slated to receive an average of $5.5 billion annually together, according to GoRail, an industry advocacy organization.

A boon for passenger rail

There was plenty in the IIJA that Rail Passengers Association (RPA) leaders liked, not the least of which was the unprecedented $66 billion figure for passenger rail. The association "played a pivotal role" in creating the legislation that will help modernize vast segments of the nation’s aging rail infrastructure, says RPA President and CEO Jim Mathews.

"People throw around the word 'transformational' a lot, but the fact is this really is transformational legislation. We’re talking about $66 billion at least for passenger rail,” Mathews says. "I think a lot of people have written about this in a casual way, saying this is Amtrak money. But it’s potentially much broader than that." 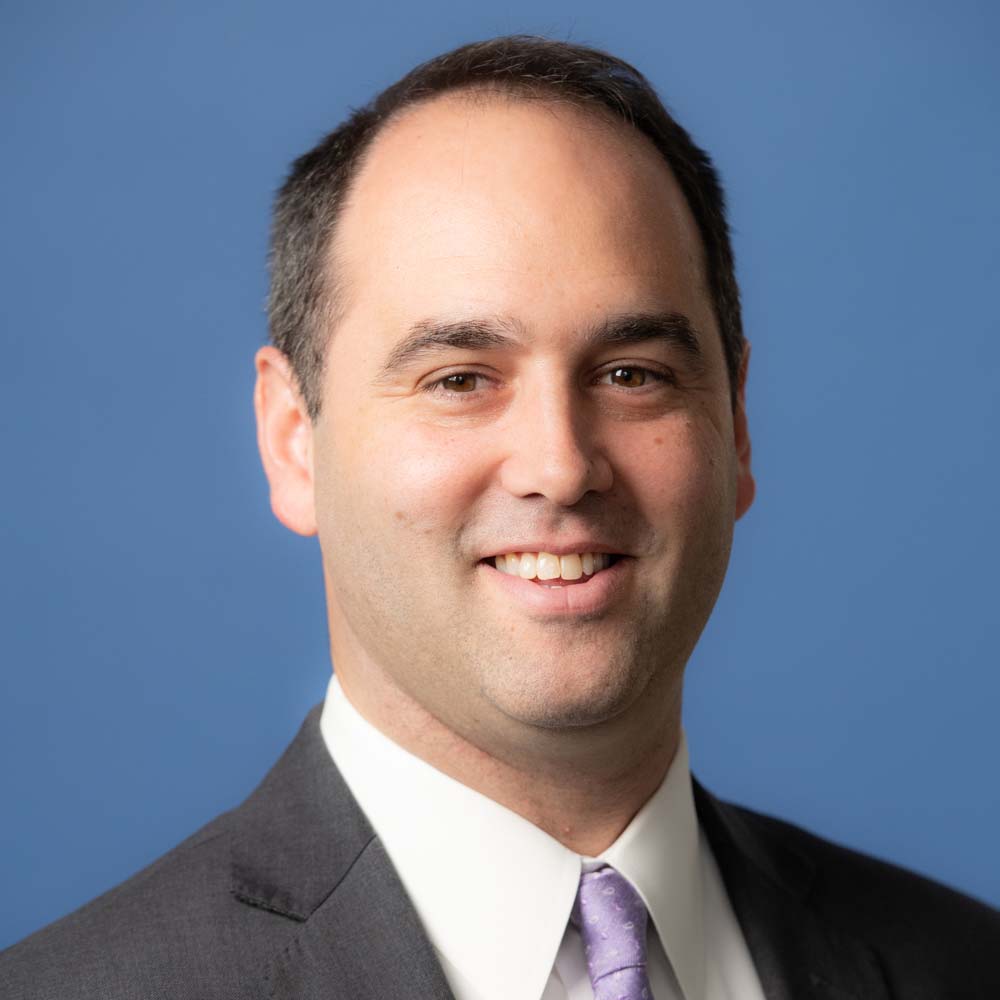 "CRISI was our No. 1 focus going into the bill."
—Chuck Baker, ASLRRA

The funding not only will benefit Amtrak service by funding the refurbishing of existing trains and stations, but also for new trainsets, higher energy-efficient locomotives and upgrades to aging rail infrastructure such as tunnels, bridges, signals and track.

Under the IIJA, the FRA will have a level of funding available for grant programs that’s not been seen before — including dollars for passenger-rail corridor and route expansion, with a certain percentage set aside to benefit communities outside the Northeast Corridor, according to Sean Jeans-Gail, the RPA’s vice president of government affairs and policy.

Additionally, Mathews and Jeans-Gail were pleased the IIJA addresses certain passenger-rail-related policy issues, including one calling for the U.S. Department of Transportation (USDOT) to draft a new program to identify rail corridors for route development or expansion.

"There are policy provisions in this bill that, if they come to fruition, are going to make things much better for the American passenger, both in terms of the on-board experience and the level of service that’s available. We think that’s terrific news," says Mathews.

It’s anticipated that by early May, the FRA will spell out how eligible entities — such as states, rail authorities or MPOs — will make proposals for new routes or corridors, as well as the criteria for selecting winning proposals for funding.

Whether it’s for passenger or freight, the unprecedented amount of rail infrastructure funding is also good news for rail industry suppliers, who anticipate benefiting from the boost in spending on rail equipment and infrastructure improvement projects.

"The funding for passenger rail and transit is great," says Nicole Brewin, senior vice president of government and public affairs at the Railway Suppliers Institute (RSI). "This is a once-in-a-lifetime opportunity. For us, it now becomes a matter of making sure those funding levels are maintained and that the partners — industry stakeholders from the states, localities and MPOs — are able to make sure the money is spent the way Congress intended it."

Many RSI members "are ready and have the capacity to meet the needs of Amtrak and rail transit agencies" as they pursue their infrastructure and expansion projects, Brewin says.

"During the pandemic, a lot of our component suppliers went through a very difficult time, and that money being infused back into the supply chain is going to be nothing but good for our industry," she adds. "We are seeing a bit of a bounce-back on the freight side, as well, when it comes to orders. It’s not yet what it was prior to the pandemic, but it’s a bit better than in previous quarters." 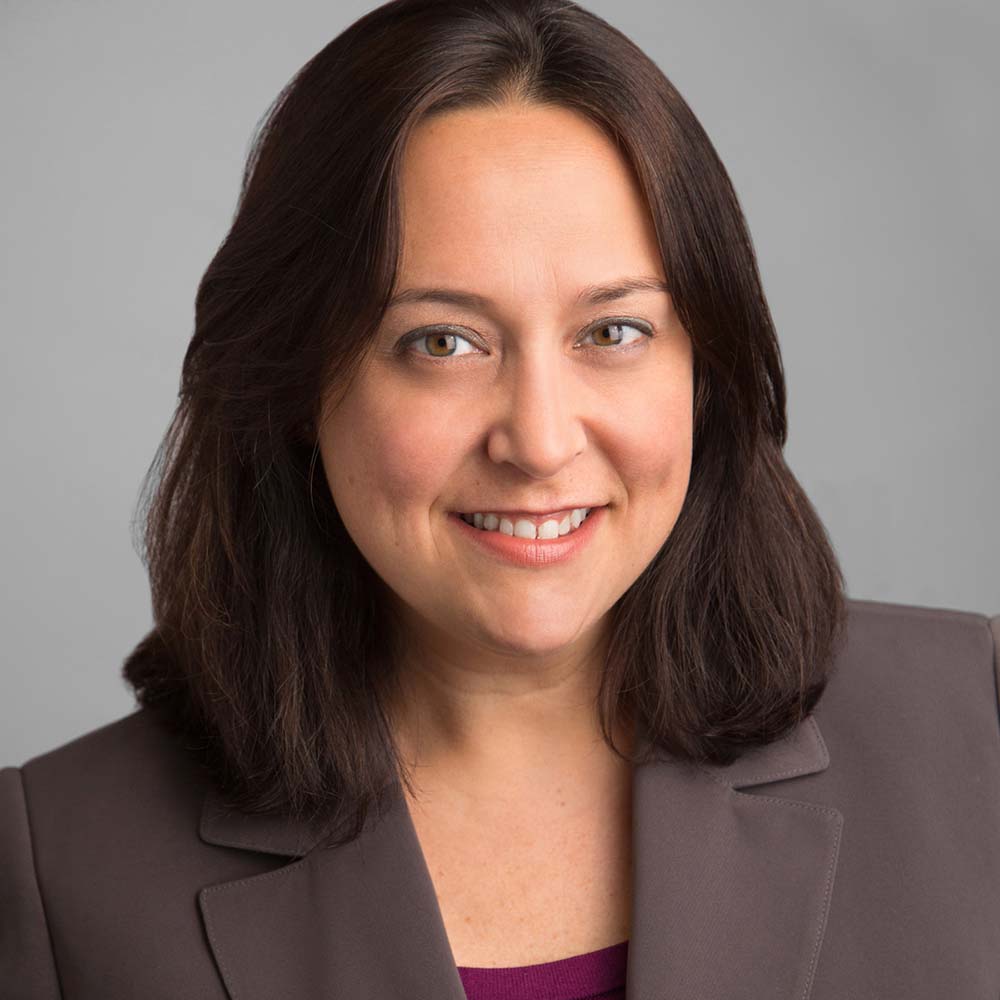 Another plus: The IIJA re-establishes the "One Federal Decision" policy, which calls for speeding up the government permitting process. That’s critical for contractors and railroads anxious to start work on infrastructure projects, says Ashley Wieland, president of the National Railroad Construction and Maintenance Association.

"Our folks are really excited about it," Wieland says of the new law.

Another significant win for railroads and their suppliers: Certain regulatory proposals didn’t make it into the bill.

"A lot of what we were worried about was related to [previously proposed] operational restrictions, from the two-man crew mandate to blocked-crossing standards, and none of that was included in the bill," says AAR’s Arnakis. "And I think that’s reflective of the fact that this really was bipartisan legislation. And at the end of the day, that’s how things get done: You attack the low-hanging fruit and live to fight another day on the other topics."

"If you would have asked me two years ago what are your priorities in a surface transportation bill, one of the top things would be no truck size and weight increases," says Baker. "That wasn’t in this bill, so that was good." 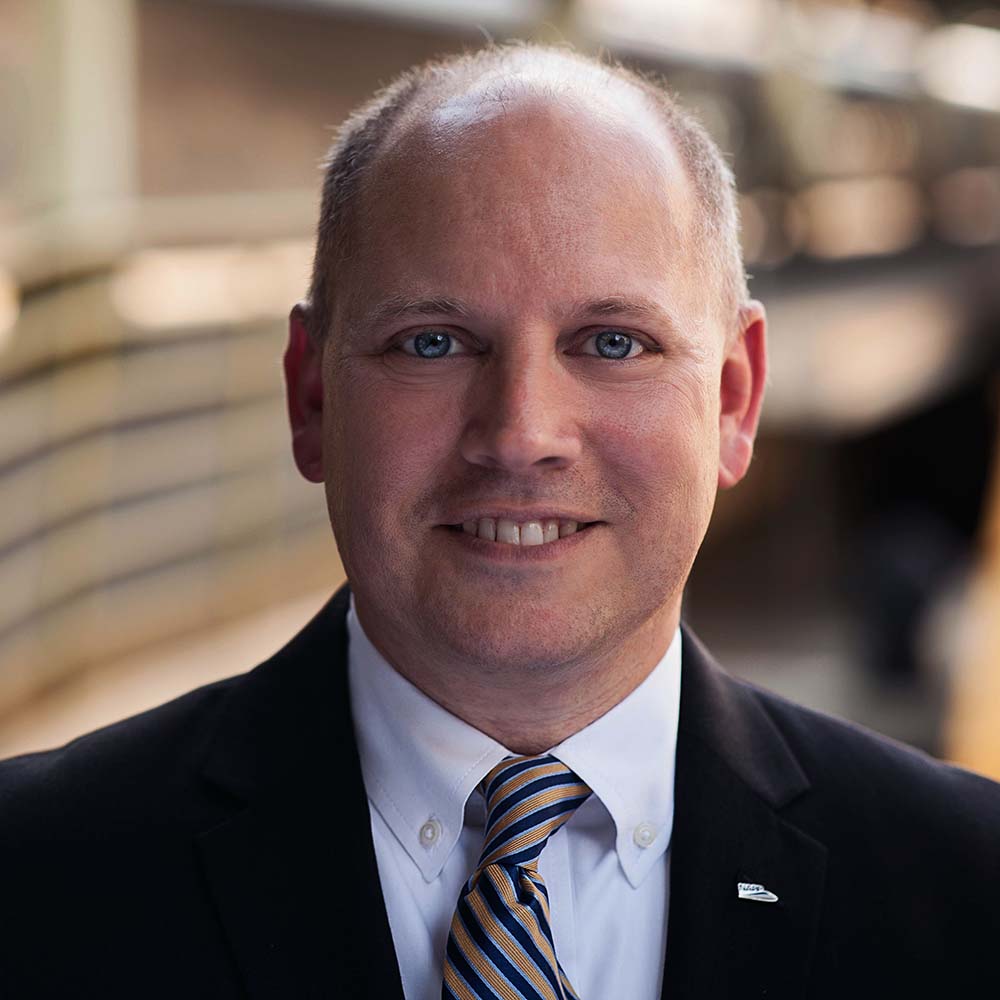 "There are policy provisions that are going to make things much better for the American passenger."
—Jim Mathews, Rail Passengers Association

One shortcoming Baker sees is the law doesn’t create a user-fee system to shore up the Highway Trust Fund’s financial stability. Even though the IIJA calls for a vehicle per mile pilot program, the bill still amounts to “another massive bailout” of the trust fund with non-gas-tax funds that will benefit the trucking industry, Baker believes.

“Since 2008, about $150 billion has been put into the Highway Trust Fund that didn’t come from gas tax money or user fees,” Baker says. “This bill will continue that bailout, by another $100 billion or more over five years. So, since trucks run on highways, that amounts to massive government funding of infrastructure for our biggest competition. Obviously, short lines get a little bit of federal funds [in the bill] and we are hoping to get a little bit more, but that is peanuts compared to what our competitors get.”

While the industry’s focus last year was on whether Congress would pass a big infrastructure package, this year Capitol Hill watchers have their eyes on how the new law will be implemented.

“We want to make sure that grant money goes out as quickly and easily as possible,” says AAR’s Arnakis. “We hope things don’t get complicated with additional regulations for grant applicants.”

In a Jan. 13 letter to U.S. Transportation Secretary Pete Buttigieg, AAR President and CEO Ian Jefferies called on the FRA and department policymakers to “let data guide innovation” rather than implement new regulations.

For example, ATI — a product of FRA waivers and pilot programs — is a “tremendous success story,” Jefferies writes. In some cases, the technology has reduced track geometry defects by 90%, which reduces derailments and improves freight movement.

“The railroads’ ability to maximize the safety benefits of ATI, however, is in doubt as FRA has refused to extend one pilot program, not acted on two waiver applications that have been long-pending and has indicated it will let existing pilot programs expire at the end of the year,” Jefferies’ letter states.

The pilot and waiver issue is an example of how FRA regulators can let data do the talking about what does and doesn’t work, explains Arnakis. “There’s no need for more legislation,” she says.