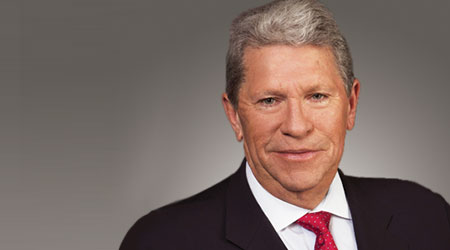 The Surface Transportation Board (STB) has expressed concern to CSX about "deteriorated service" as a result of the company's recent restructuring under new President and Chief Executive Officer E. Hunter Harrison.

In a letter sent to Harrison yesterday, the board said it has heard from CSX customers and industry stakeholders concerned about "increased transit times, unreliable switching operations, inefficient car routings, poor communications and coordination with CSX customer service, and acute disruption to customers' business operations," STB officials said in a press release.

The letter notes that STB officials met earlier this week with senior CSX officials to share the board's concerns.

"But we also want to directly convey them to you to ensure efforts are being made at the highest level to improve service for your customers as quickly as possible," the letter stated.

The board wrote that it has received a number of "informal complaints" from shippers about CSX service deteriorating "markedly" during the second quarter, "which coincided with CSX's implementation of significant changes to its operating plan," STB members wrote.

"In particular, shippers have complained that transit times have increased significantly and/or become unpredictable; loaded and empty rail cars sit for days at yards; switching operations have become inconsistent and unreliable; car routings have become circuitous and inefficient; and CSX customer service personnel have been unable to provide meaningful assistance."

The board also has been notified of delays resulting from CSX congestion in key gateways including New Orleans and St. Louis.

"These reports also confirm CSX's own weekly operational data reported to the board that system train speed is slowing, and that yard dwell time is increasing, along with the number of cars on line," the letter stated.

The service disruptions have led some rail shippers and their customers to curtail production, temporarily halt operations and/or use other transportation options "that have added additional expense and inefficiencies to their operations," STB members added.

In response to the complaints, the STB asked CSX to begin weekly service calls with the board's rail customer and public assistance staff. The board also urged CSX to establish a service hotline for customers and provide operations updates to customers directly and on CSX's website.

In an email, CSX spokesman Rob Doolittle said the company will work with the STB to provide the information requested.