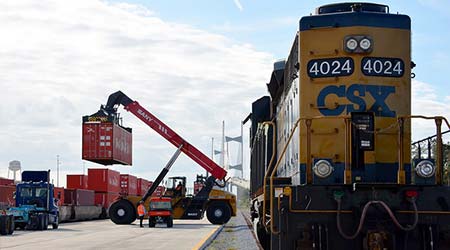 The intermodal facility was built with $20 million in funding from the state of Florida and $10 million in federal Transportation Investment Generating Economic Recovery (TIGER) grant funds. The new facility is one of several major capital projects at JAXPORT.

Rail that connects to CSX's main line will allow for two unit trains each day. Ceres Rail Services is responsible for managing daily operations, according to a JAXPORT press release.