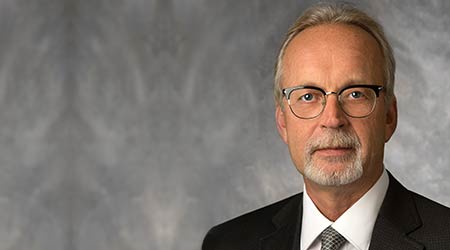 CSX will aim for a 60 percent operating ratio by 2020 and revenue growth at a compound annual rate of 4 percent by 2019-20, the company announced today at its annual investor and analyst conference in New York City.

At the conference, CSX officials were expected to outline plans to build on the scheduled railroading model, increase efficiency, control costs and grow the business.

Since the company implemented the scheduled railroading model a year ago, it has "taken significant strides to streamline the organization and to make CSX more competitive," CSX officials said in a press release.

Over the past year:
• New executive leadership began with a mandate to centralize planning and decentralize execution to eliminate bureaucracy, facilitate decision-making and enhance process improvement.
• Disparate regional operating cultures evolved into a single CSX culture, driven by a flatter and more streamlined reporting structure. Nine operating divisions were converted into four operating regions. Also, the consolidation of nine dispatching offices into a central location has begun.
• The number of hump yards were cut from 12 to four to reduce freight handlings and transit times.
• The network design was altered to create a more balanced train plan focused on long haul, higher density lanes with faster transit times and fewer delays.
• The company produced six consecutive months of performance improvement, hitting record levels for dwell and velocity in 2018.

In addition to the operating ratio and revenue growth targets, the Class I is aiming for average annual capital expenditures of $1.6 billion through 2020; cumulative free cash flow of $8.5 billion from 2018 to 2020; and a share repurchase of $5 billion to be completed by first-quarter 2019.

"Today marks the beginning of a new chapter for CSX, and we're confident we have the right plan and the right team in place to achieve our goal of becoming the best railroad in North America," said Foote. "The foundation of scheduled railroading has been set, and we expect to identify real growth opportunities that will benefit shareholders as our changes take hold."