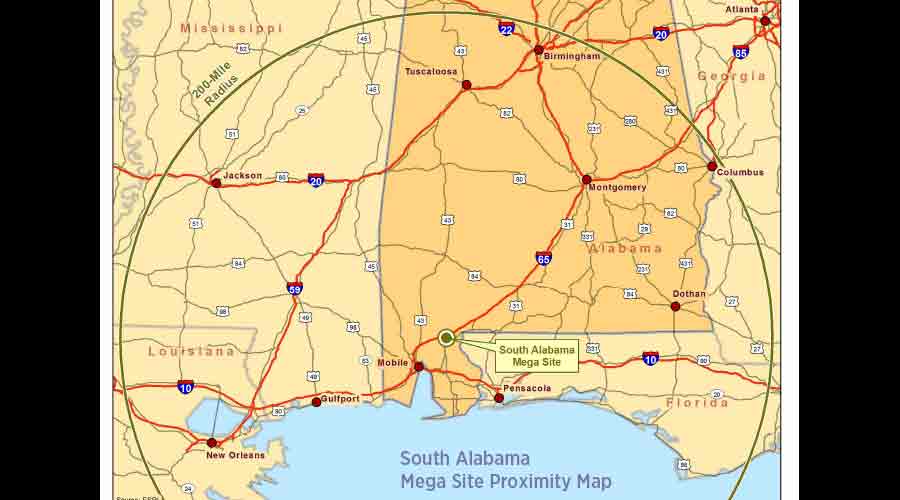 CSX and Alabama Power are contributing $5 million toward improvements to the South Alabama Mega Site for industrial development.

The contribution will help pay for a new CSX rail spur off the rail line that runs along the site's southern border, according to a report by the Alabama NewsCenter, a website operated by Alabama Power.

In addition to the CSX rail spur, the funds will pay for the grading of 200 acres of the 3,000-acre site, as well as creating a 1 million-square-foot building pad.

Located in Alabama's Baldwin County, the Baldwin County Economic Development Alliance (BCEDA) is developing the Mega Site, which is bordered by Interstate 65 to the north and the CSX line to the south. The rail line provides a direct link to the Port of Mobile.

The Mega Site is a designated CSX Select Site, which are certified rail-served sites for industrial development and expansion. The development-ready sites must meet a rigorous list of criteria to receive the designation.

"Now with the [Mega] site enhancements planned by BCEDA, the door is open wider for companies looking to build a rail-served manufacturing operation," said Shantel Davis, CSX vice president of real estate and facilities, in the Alabama NewsCenter report.