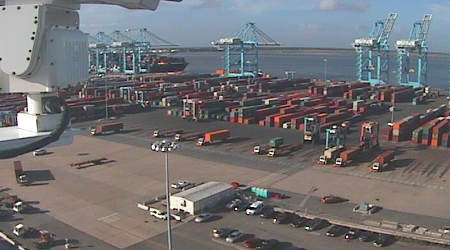 CSX has filed a lawsuit against Norfolk Southern Railway and Norfolk & Portsmouth Belt Line Railroad (NPBL), alleging the Class I and short line have conspired to create a monopoly at the Port of Virginia's largest container facility, a local newspaper has reported.

Filed in Norfolk federal court, the case alleges NS and the short line boxed out CSX from serving Norfolk International Terminals (NIT), The Virginian-Pilot newspaper reported Oct. 8. The case names as defendants three NS vice presidents and the president of the Belt Line.

"NS and the NPBL have used the NPBL as a chess piece to establish and maintain NS's monopolistic control over intermodal transportation in and out of NIT by making it practically impossible for any other rail carriers to provide intermodal service to NIT," the suit alleges, according to the newspaper.

More cargo arrives and departs NIT by rail than at any other U.S. East Coast port. According to the lawsuit, NS' market share in Hampton Roads, Virginia, exceeds 70 percent. But, it is about 90 percent at Norfolk International Terminals, the paper reported.