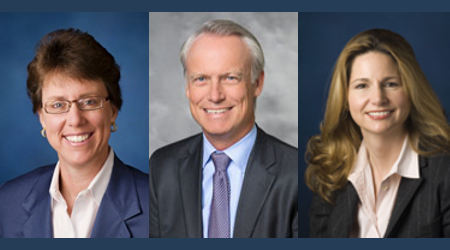 Sanborn and Eliasson will resign to "pursue other interests." All three "will remain engaged in supporting the transition until early 2018," CSX officials said.

CSX President and Chief Executive Officer E. Hunter Harrison announced that James Foote will join the company as COO and take over the responsibilities of both Sanborn and Eliasson. A former associate of Harrison's, Foote has more than 40 years of railroad industry experience starting with the Chicago and North Western Railroads then with CN as its executive vice-president sales and marketing.

Most recently, Foote was president and CEO of Bright Rail Energy.

"CSX is pleased to welcome an experienced railroader who will help continue to drive the company's transformation," said Harrison. "Jim's proven track record with precision scheduled railroading will be a significant asset as we continue to drive value for shareholders and customers."

The executive management changes come as CSX has faced challenges in implementing its new operating model based on precision scheduled railroading. Earlier this month, the Surface Transportation Board (STB) held a "listening session" for shippers and other stakeholders to express concerns about the Class I's service problems during the transition.

The STB has been monitoring CSX's performance since July, following complaints from shippers about the service problems resulting from the operational restructuring under Harrison.

Harrison has apologized for the service issues, but said recently that the company is making progress in the new operations plan.