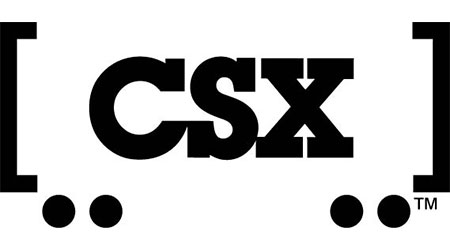 CSX Corp.'s board yesterday called for a special meeting of shareholders to seek guidance on certain proposals by hedge fund Mantle Ridge LP and former Canadian Pacific Chief Executive Officer E. Hunter Harrison, including a proposal that Harrison take over CSX as CEO.

CSX and Mantle Ridge officials met in recent weeks to discuss Harrison's interest in becoming CEO of CSX, which already had been in CEO succession discussions and was planning to make an announcement, according to a CSX press release.

Upon learning of Harrison's interest in leading CSX, the company's board quickly engaged in extensive discussions with him and Mantle Ridge because of Harrison's "notable experience and accomplishments," CSX officials said.

However, the two sides have yet to reach an agreement, according to CSX.

"It became apparent that CSX would be unable to retain Mr. Harrison unless it acceded to Mantle Ridge's requests with respect to the composition of the CSX Board and the governance of CSX, in addition to agreeing to Mr. Harrison’s terms of employment at a total cost which CSX estimates to exceed $300 million," CSX officials said.

The Class I has made several proposals to Harrison and Mantle Ridge, including the following:
• Harrison would be appointed as CEO of CSX with compensation that fully reflects Mr. Harrison’s experience and accomplishments, replacing Michael Ward, who would retire as Chairman and CEO;
• Harrison, Mantle Ridge CEO Paul Hilal and three other individuals (to be mutually agreed) would be appointed to CSX's board;
• four incumbent CSX directors would retire over the next three years;
• the chairman and committee composition would be determined by the new board; and
• there would be no standstill agreement between CSX and Mantle Ridge.

Mantle Ridge, which owns about 4.9 percent of CSX stock, has not accepted those proposals, CSX officials said. With respect to Harrison's employment, CSX estimates that the aggregate value of the requested compensation package, including the requested reimbursement and tax indemnity, exceeds $300 million, they added.

According to CSX, the details of Harrison's requested employment package would look like this:
• CSX would pay $84 million to fund Harrison’s obligation to reimburse Mantle Ridge for compensation and benefits he chose to forego at CP, which Mantle Ridge had previously agreed to cover, and would assume a related tax indemnity provided by Mantle Ridge to Harrison. Mantle Ridge has described the cost of the tax indemnity to be "as much as a few tens of millions" of dollars. CSX would also reimburse Mantle Ridge for a $2 million annual consulting agreement with Harrison.
• CSX would enter into a four-year employment agreement with Harrison providing, among other things, an immediate equity award, such as an option, covering 1 percent of CSX's outstanding common stock, at least half of which would not be subject to performance measures of any kind and would vest upon Harrison's death or disability, his resignation for "good reason" or his termination for poor performance, subject to performance metrics on the performance portion of the award. The proposed employment agreement provided by Harrison includes as an illustrative example a stock option with a present value, as stated in the proposed agreement, of $159.5 million.
• Harrison would also receive an annual base salary of $2.2 million, a target bonus of 120 percent of base salary, with a minimum bonus of $2.64 million for 2017, extensive benefits and severance protections as well as housing in Jacksonville, Fla., and be eligible to participate in CSX's incentive programs, including long-term incentive ones. The average nominal value of the long-term incentive awards granted to CSX's CEO during the last three years was approximately $7.67 million per year.
• The proposed employment agreement omits customary non-compete and employee non-solicit covenants. The proposed employment agreement also would require CSX to assume responsibility for non-compete and employee non-solicit obligations owed by Harrison to CP, which could restrict CSX's conduct, including the entry into potential mergers; and
• Harrison has declined CSX’s request that an independent physician designated by the CSX Board conduct a pre-hire review of Harrison's medical records.

With respect to governance matters, CSX said that Mantle Ridge has insisted that:
• Ward would retire as CEO and chairman immediately.
• Mantle Ridge would designate six of 14 directors on the reconstituted CSX Board, including Hilal and Harrison.
• Three incumbent CSX directors, in addition to Ward, would retire from the CSX Board effective as of CSX's 2017 annual meeting, and Edward Kelly III, CSX's presiding director, would retire from the CSX board in 2018, leaving at that point seven incumbent CSX directors. Director John Breaux would be ineligible to stand for re-election, under CSX's current director age limitations, after CSX’s 2018 annual meeting. At that time, the number of incumbent CSX directors would drop from seven to six.
• Kelly would serve as CSX chairman for one year, with Hilal as vice chairman. Hilal would succeed Kelly as chairman.
• Mantle Ridge would select the chairs of CSX's compensation committee and governance committee, and would have "heavy" representation on these committees and representation on all other CSX committees.
• To account for Harrison's age, CSX would amend its bylaws to permit any director who is younger than the current director age limitation (i.e., 75 years of age) when first elected to continue to serve as a director for up to five consecutive one-year terms.

CSX described its concerns with Harrison's and Mantle Ridge's proposals:
• First, the CSX board believes that the governance requests would grant effective control of CSX to a less than 5 percent shareholder, which would be receiving additional benefits from CSX that may substantially exceed $100 million.
• Second, the economic costs of Harrison's and Mantle Ridge's employment-related proposals are extraordinary in scope and structured largely as an upfront payment and as equity grants that would be payable to Harrison upon his death or disability with only a portion of the equity grant including any performance metrics. The CSX board believes such an employment arrangement for an incoming CEO is "exceptionally unusual if not unprecedented."

"In light of the unusual circumstances surrounding Mantle Ridge's approach the CSX board has decided to seek guidance from shareholders on whether CSX should agree to Mr. Harrison's and Mantle Ridge's proposals," CSX officials said.

At the special meeting, each shareholder will be asked to vote on whether he or she approves of the employment arrangements and governance arrangements as proposed by Harrison and Mantle Ridge.

In response to CSX's call for a special meeting, Hilal issued the following statement:

"We are pleased that CSX agrees that change is needed, and note that CSX enjoyed a $10.4 billion increase in market value since Jan. 18, 2017, reflecting optimism that Mr. Harrison may join as chief executive officer, and effect a transformation of CSX to a precision scheduled railroading model. We have been engaged in constructive dialogue with CSX's board for several weeks.

"While we had hoped to reach a negotiated agreement, we appreciate that CSX shareholders will have the opportunity to make their voices heard on the optimal governance and compensation structure that will create the conditions for a successful transformation. We remain fully confident in a favorable outcome for CSX and its shareholders and are excited for the future."

Harrison added: "If we create the right conditions for success, we have the best chances for success."