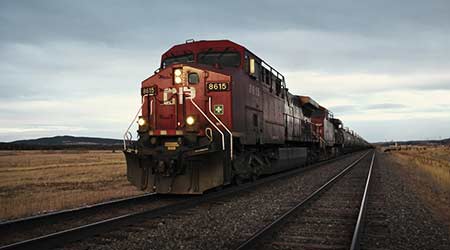 Canadian Pacific has been named a 2017 Military Friendly Employer by Victory Media, publisher of G.I. Jobs magazine, the Class I announced today.

The award recognizes the many veterans, National Guard members and reservists that CP employs, according to a CP press release.

"Hiring veterans and service-members is a way we can honor those who serve their country. It's also a way to attract loyal, hard-working employees who often thrive in the 24/7 environment of the railroad," said Keith Creel, CP's president and chief operating officer. Creel also is U.S. Army veteran.

CP will be showcased along with other 2017 Military Friendly Employers in the December issue of G.I. Jobs magazine, the January 2017 issue of Military Spouse magazine, and on MilitaryFriendly.com.