The Transportation Safety Board of Canada (TSB) yesterday released its investigation report of a January 2015 derailment of a Canadian Pacific train in Dublin, Ontario. 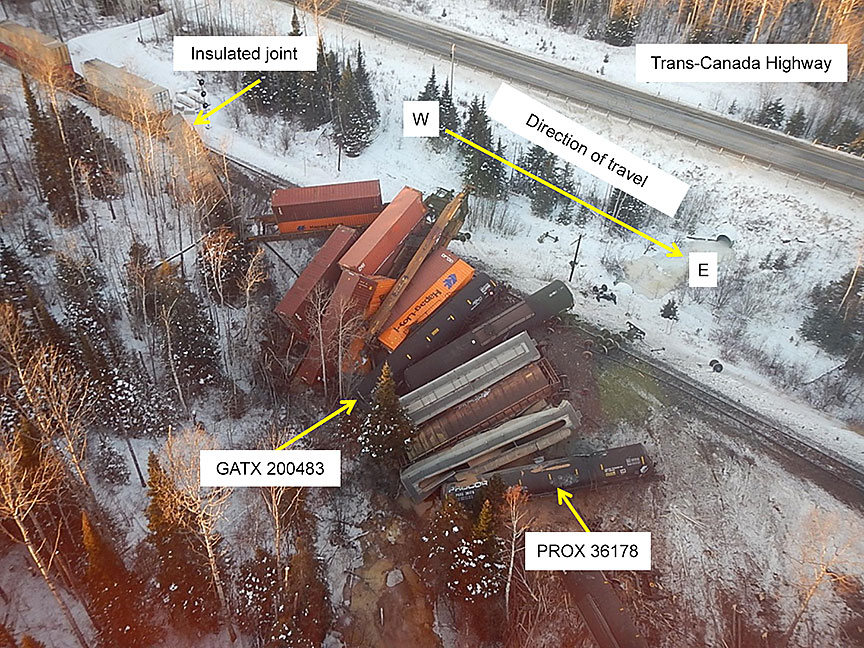 The Montreal-destined train derailed the morning of Jan. 13, 2015, while on the Nipigon Subdivision in Dublin. Twenty-one cars derailed, including seven tank cars loaded with propane. One tank car lost its entire load and another one released the propane, according to the TSB report.

The train had left Thunder Bay, Ontario, and was traveling eastbound at about 35 mph when it initiated an emergency brake application.  The crew did not feel any track anomalies before the emergency brake was applied. When they got off the train to investigate, they discovered the derailed cars.

The incident occurred in an area south of and adjacent to the Trans-Canada Highway. Because of the remote location, the area was not evacuated. However, the highway had to be closed for 15 hours.

The TSB investigates derailments for the purpose of advancing transportation safety. It does not assign fault or determine civil or criminal activity. The full report can be read here.