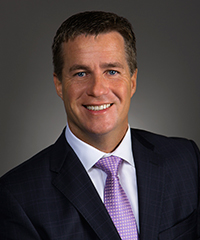 Canadian Pacific has notified the Teamsters Canada Rail Conference (TCRC) that it will seek changes by Transport Canada to reduce by a third the maximum permissible hours that its Canada-based running trades employees can spend at the controls of a train, the Class I announced yesterday.

The Class I has applied the principles of fatigue science to formulate its proposed rules, which would have its employees in Canada move away from the "currently outdated rule" that allows locomotive engineers and conductors to operate a train for up to 18 hours at their discretion, CP officials said in a press release.

"We are requesting a one-third reduction in the maximum operating time of unassigned train and engine employees. As we are unable to get the TCRC leadership to the table to have meaningful discussions on this topic, we must find alternate ways to improve the work/life balance of our employees while enhancing safety across our network," said CP President and Chief Operating Officer Keith Creel.

CP has begun the required consultation period in which TCRC-Train & Engineer leadership has until Jan. 7, 2017, to begin. After the union has provided comment, CP will respond and file the proposed rule change with Transport Canada. The agency will then have another 60 days to review and approve, conditionally approve or reject the new rules. A decision is expected by spring 2017, according to CP.

The letter that CP sent to TCRC and Transport Canada is available here.

In negotiations with the TCRC, CP has sought predictable work and mandatory time off schedules for train crews. The union has rejected that proposal in favor of optional time-off schedules at individual employees' discretion.

Meanwhile, TCRC this week released its "Fatigue Risk Guiding Philosophy for the Railway Industry." The issue of sleep-related fatigue has been a long-standing concern for railway workers, industry, government and the TCRC, union officials noted in a statement.

"We openly share this document and favor transparency in communicating our position," said TCRC President Douglas Finnson. "Our commitment, our guide in future decisions and the standards for expected daily operations are all consistent with our advocacy for improvements to fatigue management systems and processes."