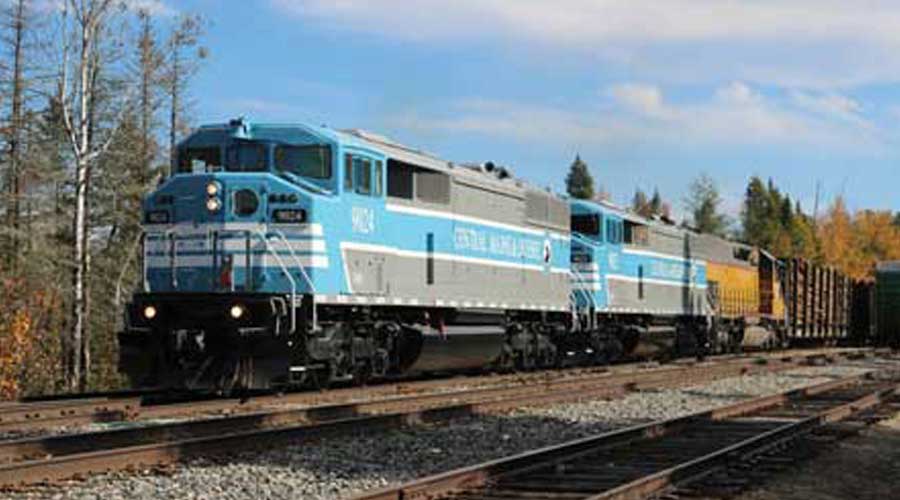 As the rail industry turns toward recovering from a 2019-2020 traffic slowdown accelerated by the COVID-19 health crisis, railroad executives are seeking to build on revenue growth prospects.

Canadian Pacific’s plan — announced in November 2019 — to acquire the Central Maine & Quebec Railway (CMQ) from Fortress Transportation and Infrastructure Investment LLC is one high-profile example of how the Class I aims to grow by expanding the reach of its rail network further into the northeastern United States and Atlantic Canada. Completed this spring, the acquisition has given CP what President and Chief Executive Officer Keith Creel has described as a “generational business opportunity” to serve more shippers through a coast-to-coast network across Canada. 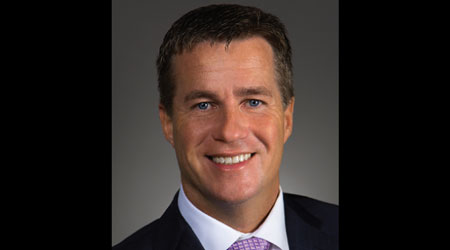 The optimism, the enthusiasm and the opportunities are exceeding my expectations.
— Keith Creel, CP

Combined, CMQ US and CMQ Canada owned 481 miles of rail lines primarily in Quebec and Maine used to move mostly forest products, refined petroleum products, chemicals and plastics. The regional network now links CP directly to the port in Searsport, Maine, on the Atlantic Ocean, and to Port Saint John in New Brunswick through connections with Eastern Maine Railway and the New Brunswick Southern Railway. Port Saint John is eastern Canada’s largest port by volume, handling an average of 28 million metric tons of cargo annually, including dry and liquid bulks, and containers, according to CP’s 2019 Investor Fact Book.

The CMQ deal gives CP access to a route that’s about 200 miles shorter than the competition, thus providing CP with the ability to move shipments from the East Coast into Montreal and Toronto faster, the railroad’s officials say.

On May 4, the Surface Transportation Board (STB) gave the green light for the U.S. portion of the sale; CMQ US operates over 244.2 route miles in Maine and Vermont. CP took over CMQ US officially on June 3, including the 57.3 route miles leased from the Maine Department of Transportation. On Dec. 30, 2019, CP completed the acquisition of CMQ Canada’s 236.8-mile route in Quebec. Both CMQ US and CMQ Canada will continue to operate as CP subsidiaries.

The addition of CMQ transforms CP into a 13,000-mile, Atlantic-to-Pacific rail network that operates across six provinces and 11 states.

“It enables us to serve customers through a larger coast-to-coast network across Canada and brings a direct Class I freight-rail service to the state of Maine for the first time in decades,” Creel said in a June 3 press release.

The network expansion creates opportunities to move products in every business line in CP’s portfolio, according to John Brooks, the Class I’s executive vice president and chief operating officer.

“Through the precision scheduled railroading (PSR) model and the commitment of our people, we will unlock new potential for business and industry across this region and beyond,” he said in a June 3 press release.

Actually, CP used to own part of the rail line — between St. Jean, Quebec, and Saint John, New Brunswick — but sold it in the mid-1990s. From that time until 2014, several companies operated the CMQ lines. Among them: the now-defunct Montreal, Maine & Atlantic Railway (MMA), which was involved in the July 2013 crude-oil train derailment and explosion in Lac Megantic, Quebec, that killed 47 people. Fortress Investment Group bought the MMA’s assets for $15 million in 2014 to form CMQ. 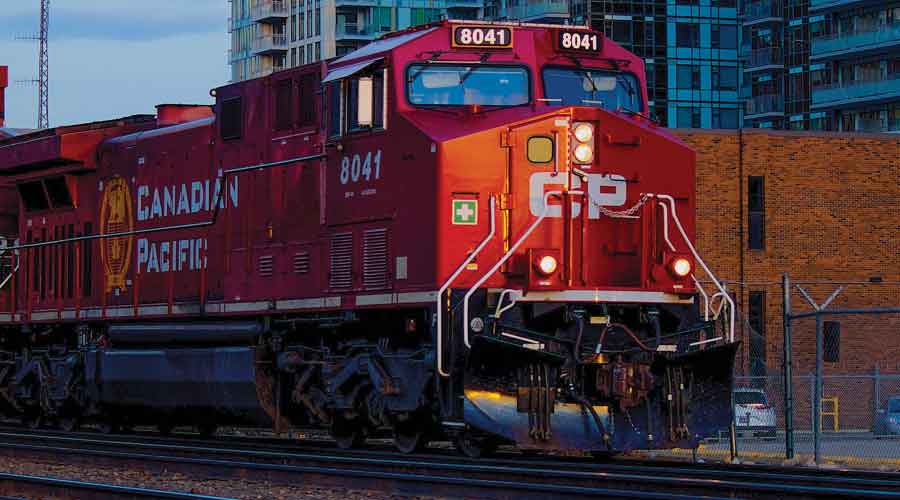 Now that CP owns CMQ, the Class I has implemented a three-year capital plan to bring the regional’s rail infrastructure up to Federal Railroad Administration Class III standards. CP, which aims to spend up to $90 million on the plan, has begun infrastructure work on the Canadian side. Now that the Class I has obtained STB approval, work can get underway on the U.S. side, Creel told attendees of transportation analyst conferences in May and June.

“We’re in the process now of spending money ... to get the infrastructure up to a CP standard. By the end of the year, we’ll be able to get from Saint John into Montreal within 24 hours,” said Creel, according to a transcript of a May 13 webcast with RBC Capital Markets.

CP already has realized some business potential through CMQ, according to Creel.

“The more we learn about opportunities, the more we see to grow in that space,” he said during the webcast. “We’re already winning additional business on the [liquefied petroleum gas] side, originating and terminating, where in the past we weren’t in that lane. That’s the big opportunity for us. We’re also in discussions looking at automotive opportunities, the pulp side, refined products [and] intermodal.”

The CMQ acquisition also brings a Class I into Maine for the first time in many years, which is good news for the state’s economy, Maine Port Authority Chief Executive Officer Jon Nass told Maine Public Radio in late November. Although the deepwater port in Searsport had connections to rail before the sale, the CMQ-CP connection provides more options for importing and exporting goods through the port.

“The neat thing about the Canadian Pacific is the fact that they have a great deal of existing business, and some of that business currently goes to other ports,” Nass said. “This [acquisition] now positions Searsport to handle some of that business. Shippers will have options. In many instances, it might be closer to get to Searsport than those other ports, and that matters in logistics.”

CP has high hopes for the impact the coast-to-coast access will have on its growth strategy as the rail industry and greater economy begin to recover from the pandemic and related recession. The Class I had reported “a tremendous start” to 2020, with record first-quarter revenue of CA$2.04 billion, up 16 percent year over year, and an operating ratio of 59.2 — the first time CP logged a sub-60 ratio in a first quarter, Creel announced in late April.

Operating income in Q1 jumped 54 percent to CA$834 million, and while other railroads posted volume declines for the quarter, CP grew its revenue ton-miles (RTMs) by 9 percent.

“These impressive Q1 results are due to the efforts of our CP family, the leadership of  a talented management team and strict adherence to the foundations of the precision scheduled railroading model,” Creel said in an April press release.

Although the pandemic caused the company to adjust its outlook for the remainder of the year — with RTMs to be down in the mid-single digits and earnings to be flat — the PSR operating model that led to the company’s Q1 success will help the Class I manage through the current challenging times, CP senior execs believe.

“Not only can we weather the storm, I’m convinced based on [our] team and the power of this operating model, we will come out on the other side as a stronger and more resilient company,” Creel said.

Since Q1, CP has continued to post some successes despite the uncertain times. For example, the railroad reported strong bulk performance, particularly in Canadian grain, in both April and May. That helped offset expected weakness in the crude, automotive and intermodal segments, EVP and Chief Financial Officer Nadeem Velani said during a UBS conference in early June.

Although overall volume declines continue, CP officials expected traffic to bottom out in June and then slowly rebound in the second half of the year, Velani said.

The CMQ acquisition will be part of that recovery narrative. Income derived from the “$40 million revenue railroad” — as Velani and Creel characterize the purchased lines — can be more than doubled over the next 24 months, CP leaders believe.

And as Creel noted, CMQ already has reeled in some commercial wins, with more expected in 2021.

“The optimism, the enthusiasm and the opportunities are exceeding my expectations when we made the decision to purchase the railway,” Creel said. “[I’m] super excited about the opportunities that strategic acquisition represents for our shareholders and for our customers.”