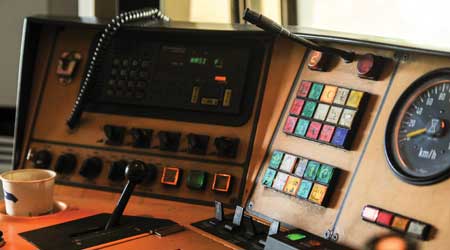 Last November, Canadian Pacific workers represented by the Teamsters Canada Rail Conference-Train & Engine (TCRC) division rejected a proposed one-year renewal of a contract that was due to expire at 2017’s end.

Up to that point, CP had been logging a successful year in sealing labor contracts before expiration, including new agreements that were ratified by the Canadian Pacific Police Association, United Steelworkers Local 1976 and TCRC’s Maintenance of Way Employees Division.

So, CP officials accelerated negotiations with leaders from the TCRC-T&E, which represents about 3,000 of the Class I’s locomotive engineers and conductors. The railroad’s negotiators also continued to bargain with executives from the International Brotherhood of Electrical Workers (IBEW) Signals and Communications System Council No. 11, since that union’s contract was set to expire on Dec. 31, too. The council represents about 360 of the Class I’s signals and communications workers.

It would have been difficult at that point in late 2017 for anyone to predict how long — and acrimonious — the contract talks between the railroad and those two unions would turn out to be in 2018. Through the year’s first five months, the parties traded proposals, demands and barbs; presented and rejected contract offers; negotiated through strike threats and a brief walk out; and bargained with a federal mediator. 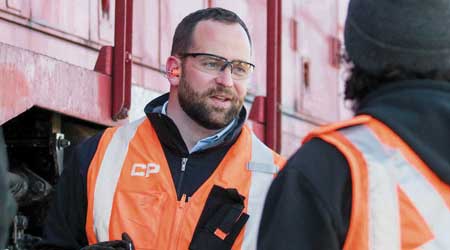 The TCRC and IBEW divisions sought fatigue management measures for the CP workers they represent.
Canadianpacificmagazine.ca

But now, CP and the TCRC-T&E are close to sealing a contract that, by all accounts, appears to be mutually beneficial. They reached a tentative pact in late May. (Terms weren’t disclosed pending ratification.) And 78 percent of voting IBEW members in late June approved the ratification of a three-year pact struck with CP in May that’s equally promising. [Editor's note: The TCRC-T&E on July 20 announced its members ratified the CP agreement.]

The main sticking point in negotiations — and the chief reason for some thorny bargaining exchanges and retaliatory moves prior to the tentative agreements — was fatigue management. For example, TCRC and IBEW officials claim their members at times were given only two hours’ notice to report for duty, and could be called to return to their post at any given time no matter when they last worked.

In the heat of the moment

The rest issue was so prickly and difficult to resolve that the two unions threatened to strike in April. Members of both unions then rejected tentative agreements reached shortly before the job action took effect because the rest measures and other proposals were considered inadequate. The next month, the unions issued another strike notice and the TCRC eventually launched a one-day walkout in late May.

The turn of events prompted several accusatory comments from union leaders in statements issued at the height of heated tensions in April and May:

• “The fact that CP thinks their offer has a chance in hell of being ratified shows how out of touch they are with their employees. The company is in for a wake-up call.” — IBEW System Council No. 11 Senior General Chairman Steve Martin on April 20

• “CP has done everything it can to make a strike inevitable, but they can still avoid a work stoppage by bargaining in good faith.” — TCRC President Doug Finnson on May 1.

• “CP’s actions have forced us to vote for strike action three times in the past six years. Today, our members have again expressed their anger and frustration with CP. This is a reality check. It’s now up to CP to listen and show they respect workers by changing their confrontational relationship with their employees, our members.” — Finnson on May 25

• “CP has continually changed directions during negotiations with little evidence that a settlement was ever possible. We have given CP every reasonable opportunity to negotiate and avoid a strike, but sadly that has led us nowhere.” — Martin on May 26

CP leaders countered by stating the company continued to bargain in good faith with the unions and that, despite their negotiators’ best efforts, a “significant gap” remained between the parties. The Class I’s senior executives also expressed disappointment about the rejection of several CP offers — which proposed higher wages, better benefits and improved working conditions — that they believed matched contracts the railroad had recently forged with other unions representing its U.S. and Canadian workers. 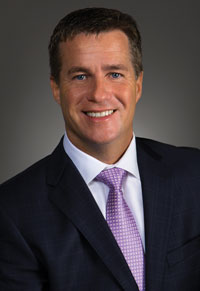 "[The TCRC contract] is a significant step toward a renewed positive relationship growing forward together serving our customers and the Canadian economy."
— Keith Creel, CP CEO

In a statement issued on April 13 — shortly before the first strike threat — CP President and Chief Executive Officer Keith Creel said he was hopeful that fair agreements could still be reached with both sides that identified “win-win solutions” based on common ground.

“People and safety are part of CP’s core foundations and we are committed to safe operations and a well-rested workforce is an important part of that,” he said. “We are more than open to considering scheduling and time off options with the TCRC, and have even proposed pilot projects to do that. However, any proposed changes need to work in concert with our commitment to our 12,000-strong CP family, customers, shareholders and the overall economy.”

The search for common ground finally reached an end in late May, when deals were struck that appealed to each party. On May 29, CP announced it reached a tentative three-year agreement with the IBEW, preventing a potential strike. The next day, the railroad announced it hammered out tentative four- and five-year pacts with TCRC-represented engineers and conductors, ending that union’s short strike.

The TCRC pacts will provide long-term stability for all parties involved, Creel said in a press release.

“This is a significant step toward a renewed positive relationship growing forward together serving our customers and the Canadian economy,” he said.

Finnson agrees the pacts — which address the TCRC’s rest concerns and pay objectives — will enable the parties to get past the recent friction and re-establish a positive business relationship.

“We have had the discussion that needed to take place,” he said in a press release. IBEW leaders also are high on their newly minted pact.

“The hard work begins now, with CP’s commitment we will move forward together to implement the new provisions,” said Martin in a June 29 press release touting the ratification.

All the parties are encouraged by the agreements primarily because of the fatigue management clauses that were negotiated with assistance from Canada’s Federal Mediation and Conciliation Service (FMCS).

A federal assist with fatigue

“Previous governments were all too eager to threaten back-to-work legislation, acting quickly on behalf of employers against workers and their unions. We thank the government for proving that collective bargaining can work when it’s allowed to,” said Finnson in a statement.

The IBEW recognized the efforts of Minister of Employment, Workforce Development and Labor Patty Hajdu and federal mediator Peter Simpson from FMCS for “working with all sides in order to find a fair deal,” said Martin.

The agreements are further evidence that employers, labor unions and government agencies can work together to garner collective bargaining results that are good for Canada and its economy, said Hajdu in a press release.

“Our government believes in a fair and balanced approach to labor relations, and we thank the parties for their commitment to the collective bargaining process,” she said.

Several of the new measures aimed at combating fatigue are favorable to the TCRC, said Christopher Monette, the union’s director of public affairs, in an email.

“For example, our members would be able to book 48-hour rest periods three times a month instead of only twice,” he said.

In addition — although details of the agreement are confidential so members have time to review it — the pact includes a 9 percent wage increase, said Monette. The higher pay includes 2 percent hikes annually over the first three years, and a 3 percent raise in the fourth year.

TCRC leaders are recommending that members vote in favor of the agreement.

“We believe this is a fair contract that our members can feel good about ratifying,” said Finnson when the tentative pact was announced. “I am personally very satisfied with what we have negotiated.”

TCRC officials plan to hold meetings at terminals across the nation to discuss the tentative agreement with members and answer questions — a process that could take several months, said Monette.

While TCRC voting results remain a month or two away, another labor contract involving other CP workers was ratified last month prior to the IBEW pact. Signalmen employed by CP’s Soo Line Railroad Co. and represented by the Brotherhood of Railroad Signalmen (BRS) in early June approved a new six-year contract, which took effect July 1.

Per a contract clause, additional wage increases up to 1 percent in 2020 and 2021 are possible depending on CP’s year-over-year performance in revenue ton-miles, BRS officials said in a press release.

Similar to the results of the TCRC and IBEW negotiations, CP/Soo Line and BRS bargained to resolve some local work-rule issues. For example, amendments in the agreement address signal maintainers’ subject-to-call concerns, increase their meal allowance, create a faster process for discipline claims and provide an employee a company vehicle or mileage reimbursement if they’re called to work outside of their regular assigned hours.

Also mirroring the TCRC and IBEW negotiations, CP/Soo Line and BRS officials bargained for months to reach an agreement and traded a number of offers. It was “a hard fought battle” until some health and welfare benefit complications were resolved, said BRS Midwest Vice President Joe Mattingly in a press release.

“This was a long and protracted negotiated agreement, to say the least,” he said. “As both the political and economic landscape changed, so did the carrier’s position.”