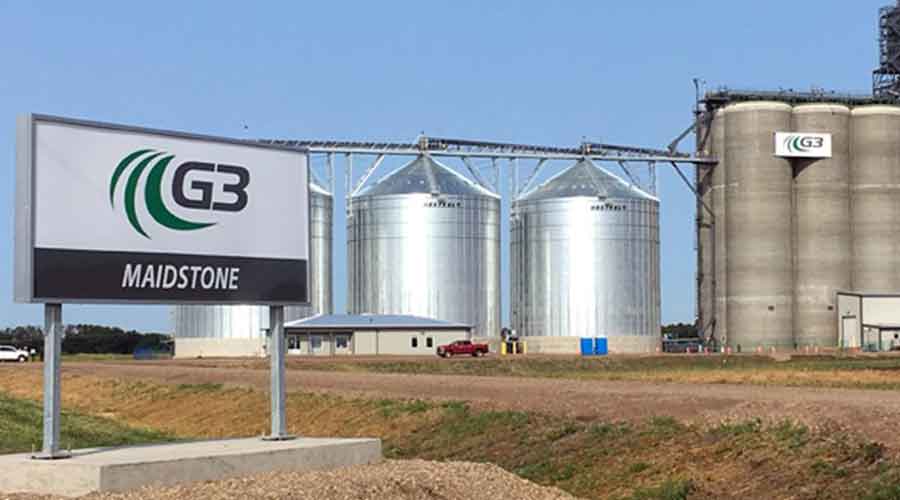 G3 last week marked the opening of its new high-efficiency grain elevator on a CN line in Maidstone, Saskatchewan.

Similar to the company's other modern grain elevators across western Canada, the new facility features fast truck-unloads and a railway loop track that can load a 150-car train, G3 officials said in a press release.

FWS Group was the general contractor on the project to build the new elevator, which has a capacity of 42,000 metric tons.

"G3 Maidstone is the latest addition to our growing network of high-efficiency facilities," said G3 President and Chief Executive Officer Don Chapman. "We're excited to be part of another vibrant farming community and look forward to getting to know our new customers and neighbors."

The company has five more elevators under construction in Alberta, with one scheduled to open later this year and the rest in 2020.