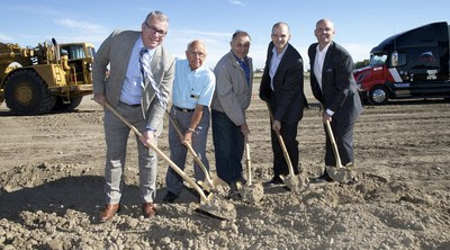 The 425,000-square-foot building will serve as a distribution center for finished Whirlpool alliances coming to Alberta from across North America, CN officials said in a press release.

The new center will provide Whirlpool with a direct connection to CN's rail network and transportation services.

Opened in 2013, the logistics park is located strategically between the ports of Prince Rupert and Vancouver and major cities across Canada and mid-America, CN officials said.

Also yesterday, CN announced it was recognized by Interbrand Canada as one of the 150 companies, organizations and institutions that are the most iconic in Canada.

The Class I is included in the new report titled "The Interbrand 150: Iconic Canadian Brands Report: Our Time to Grow."

The report honors brands that are embraced by Canadians with "pride and affection," according to a CN press release.

"Just as it did when it was designed in 1960, the CN logo remains a powerful symbol that represents our commitment to innovation," said CN President and Chief Executive Officer Luc Jobin.