Progressive Railroading and RailTrends® have named CN President and Chief Executive Officer Claude Mongeau the 2016 recipient of the "Railroad Innovator Award," which recognizes an individual's outstanding achievement in the rail industry.

Mongeau joined CN in 1994 and early on held such positions as vice president of strategic and financial planning and assistant VP of corporate development. He was appointed executive VP and chief financial officer in 2000, and president and CEO in 2010. 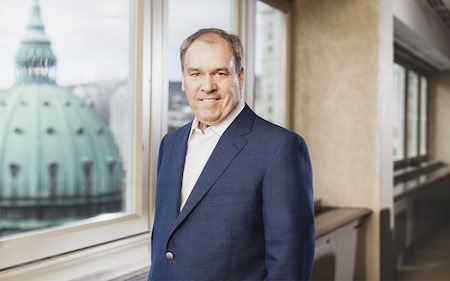 In the late 1990s and through the 2000s, Mongeau helped shape and drive the rail-acquisition strategy — from the 1998 Illinois Central Corp. acquisition to the 2009 Elgin, Joliet and Eastern Railway Co. deal — that extended CN's North American reach. And during his tenure as CEO, he has instilled a focus on supply-chain collaboration, keeping the Class I on the service improvement track while the railroad remains razor sharp on the operational execution front.

Also under Mongeau's watch, CN has continued to invest in the railroad for the long term — despite the current uncertain economic environment — to "raise the bar on efficiency and customer service," as Mongeau put it earlier this year.

Mongeau will receive the award during Progressive Railroading's annual RailTrends conference, to be held Nov. 17-18 at the W New York in New York City. For more information, log onto www.RailTrends.com.