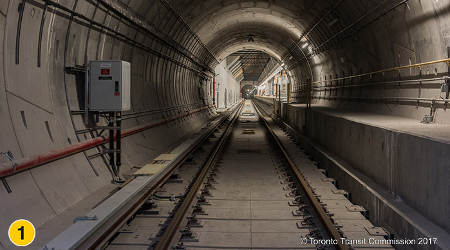 The Toronto Transit Commission (TTC) over the weekend closed a portion of its Line 1 Yonge-University subway route to continue testing and emergency response training for a new automatic train control (ATC) system.

During the closure, crews tested the new ATC system between the Spadina and Wilson stations and performed other essential work for the opening of the Line 1 extension to Vaughan, Ontario, later this year.

The agency shut down the line between the St. George and Sheppard West stations. This marked the ninth of 11 closures on that portion of Line 1 in 2017, TTC officials said in a press release.

When installation of the ATC system is complete in 2019, it will allow for a 25 percent increase in the number of trains operating on Line 1.