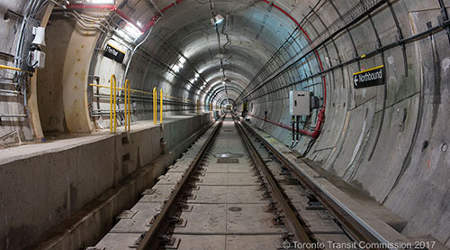 The Toronto Transit Commission has powered up the third rail on its Line 1 subway extension to begin trial runs for trains.

The third rail became live on March 26. Over the coming months, power will be tested across the extension or in parts as needed.

Known as the Toronto-York Spadina subway extension, the project is the first subway to cross Toronto's boundary into the York region in Southern Ontario, TTC officials said.

The 5.3-mile extension, which includes six stations, is jointly funded by the governments of Canada, Ontario, Toronto and the Regional Municipality of York.