By the Illinois Commerce Commission

Illinois has a long and rich history of rail safety. In 1838, a tiny locomotive puffed over the first line of railroad built in the state, linking Springfield and Meredosia.

Today, Illinois is home to the nation’s second-largest rail system — second only to Texas — with 7,380 miles of track.

To observe its sesquicentennial anniversary, the Illinois Commerce Commission (ICC) recently held a transportation policy session to reflect on the past and discuss the agency’s ongoing commitment to rail safety. The commission’s rail safety program is responsible for inspecting and regulating the general safety of tracks, facilities and rail equipment in the state.

Held Sept. 21, the session included presentations on the history of rail safety in Illinois, the state’s grade crossing protection fund, rail safety program highlights from 1955 to 2021, and current and new railroad technologies and methodologies used to improve train and track safety. A video of the session can be viewed here.

The Early Days
A look back at the state’s rail safety history shows railroad regulation began in 1871, when the Illinois General Assembly created the Railroad and Warehouse Commission to investigate the management and business of railroads and warehouses and to prosecute state law violations. Through annual reporting, the commission identified potential railroad safety laws and listed accidents involving rail workers, passengers and bystanders that caused injuries and deaths.

According to the commission’s injury reporting in 1871, most of the injuries involving passengers that year were caused by people trying to board or disembark moving trains. The report also cited concerns about derailments, conditions near depots, reliability and train-to-train collisions. 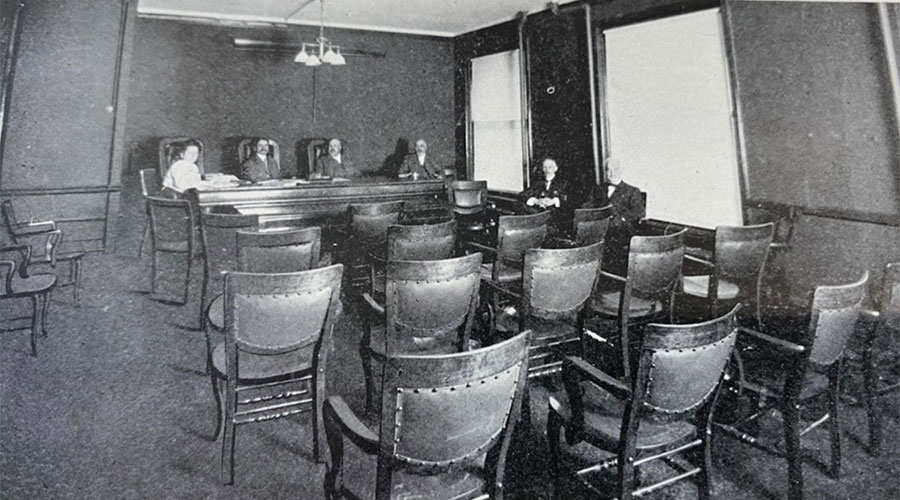 A shot of the Railroad and Warehouse Commission in its early days.
ICC

Injury reporting included the listing of several fatalities caused by trespassing on rail property. According to the report, there was limited signage, marking, gates, gate keepers, or watchmen at crossings, and the usefulness of signs posted were questioned.

In 1850, there were 111 miles of track in Illinois, a figure that grew to 9,000 miles by 1880. Since pedestrian, carriage, wagon and motor vehicle traffic began to emerge at that time, hundreds of local roads were constructed. That led to enormous increases in the number of grade crossings and the potential for highway vehicle-rail collisions.

Recognizing the dangers associated with crossings, the Rail and Warehouse Commission in the late 1800s recommended that the Illinois General Assembly enact a law requiring railroads to place electric bells at crossings to warn of a coming train. A second recommendation would require the commission's approval for any new crossings.

In 1911, the commission was given the authority to investigate railroad accidents that resulted in injury or death, and to conduct investigations and hearings on the operations of public utilities. In 1913, the 48th General Assembly replaced the Railroad & Warehouse Commission with a five-member State Public Utilities Commission.

In 1997, the number of trespass fatalities exceeded crossing fatalities for the first time, a trend that continues to this day. To address this issue, the Illinois General Assembly in 2021 granted the ICC approval to use GCPF funds for trespass prevention programs. Since its inception, the ICC has ordered just over $1 billion in GCPF funding to be spent for rail crossing improvements. 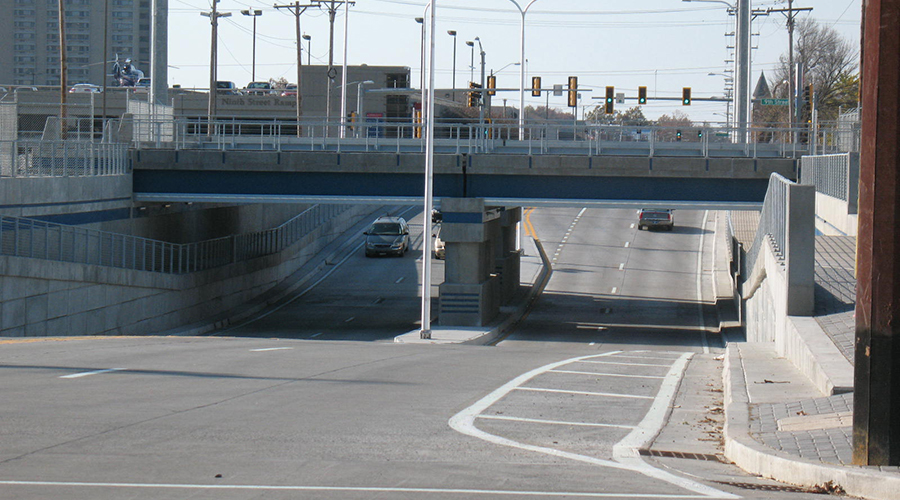 The commission has helped in the development of a number of grade separations over the years.
ICC

Tragic accidents — such as the one in 1995 involving a school bus and UP-Metra train in Fox River Grove that left seven dead, and a 1999 Amtrak and truck-trailer accident in Bourbonnais that resulted in 11 fatalities — have led to many rail safety changes in Illinois. Among many bridge projects, crossing closures and circuitry upgrades, 98 crossings have been upgraded with four-quadrant gates, and remote monitors have been installed at 3,069 crossings.

Also during this time, the ICC’s railroad section began hazardous material inspections; established an incentive program to close crossings and a two-year pilot program to evaluate automated photo enforcement; and launched a statewide program to replace incandescent lights with LED lights at crossings.

To further its rail safety goals, the ICC regularly partners with local and state highway agencies, railroads and industry organizations, the Illinois Department of Transportation, and the Federal Railroad and Highway administrations.

While the ICC’s responsibilities have evolved over the past 150 years, the commission's commitment to rail safety has only grown stronger and the public, rail passengers and employees are safer than ever before — but the job is not done.

Looking to the future, the rail division is optimistic changes in technologies and methodologies, ongoing education and enforcement efforts, and a greater investment in trespass prevention programs and infrastructure improvements will continue to lead to fewer incidents and more saved lives.