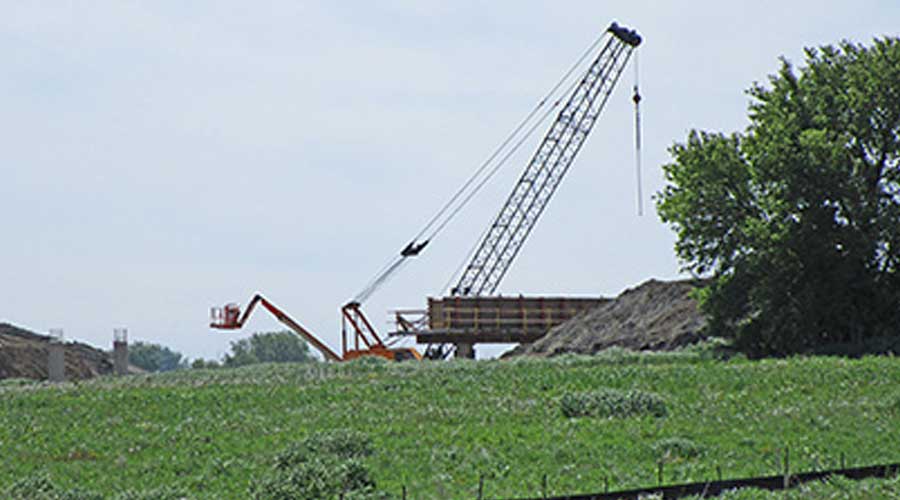 Construction is advancing on a rail connector and industrial access project involving BNSF Railway Co. in Willmar, the Minnesota Department of Transportation (MnDOT) reported this week.

Known as Willmar Wye, the project is a public-private partnership between BNSF, MnDOT, Kandiyohi County and the city of Willmar to build a new rail line bypass on the city's west side.

The project includes the realignment of Highway 12 and the reconstruction of Highway 40, including two new bridges. It will create a direct connection for BNSF traffic between two existing main track subdivisions, the Morris subdivision and the Marshall subdivision.

As of this week, crews are shaping slopes by placing topsoil; finishing construction of pier caps on the Highway 12 bridge; starting abutment construction on the bridge, including driving foundation pile; finishing muck excavation on County Road 55 north of the new Highway 12; conducting soil testing for soft spots; placing aggregate base; and placing light bases and electrical conduit.

Road construction began in summer 2019 and is expected to be completed in fall 2021, according to MnDOT's project website. The Hoffman Team is the contractor, with major participation from Hoffman Construction Co., Lunda Construction Co. and Bolton & Menk Inc.

Rail construction is slated to begin in spring 2021 and end in fall 2022. BNSF will carry out the railway final design and construction.