The CMA CGM Benjamin Franklin — the largest vessel ever to call at a U.S. port — arrived at the Port of Los Angeles on Dec. 26, where BNSF Railway Co. was waiting to move more than 2,500 containers of the ship's cargo to inland intermodal facilities. 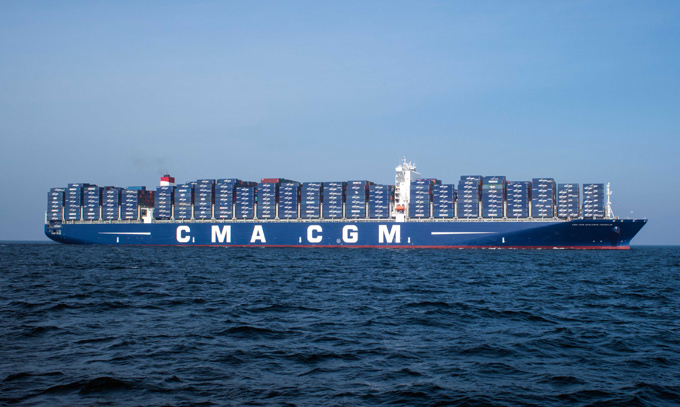 The Benjamin Franklin arrived in L.A. on Dec. 26.
CMA CGM

BNSF will use 10 trains to move the containers to intermodal sites in cities that include Chicago, Dallas, Houston, Kansas City and Memphis, according to the railroad's website.

Longer than the Empire State Building, the 18,000-TEU (20-foot equivalent) container ship is 1,300 feet long and 177 feet wide, according to CMA CGM. The vessel is scheduled to arrive at the Port of Oakland on Thursday.