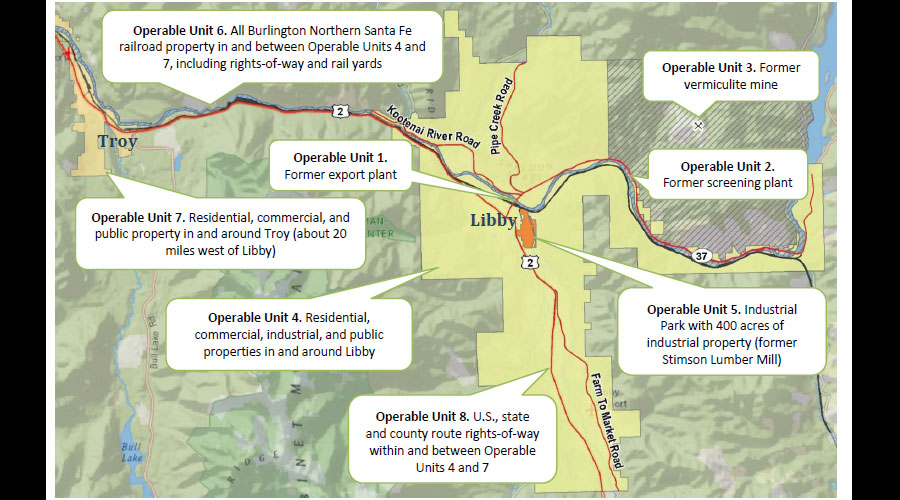 Federal and state of Montana officials have proposed an agreement that would make BNSF Railway Co. responsible for maintaining and operating track that the railroad is accused of contaminating with asbestos.

The U.S. Environmental Protection Agency, Montana Department of Environmental Quality and BNSF proposed in a consent decree that the Class I would implement an operation and a maintenance plan, a health and safety plan and institutional controls to minimize risk to railroad workers and the surrounding community from low levels of asbestos within the Operable Unit 6 of the Libby Asbestos Superfund Site in Lincoln County, Montana.

Operable Unit 6 includes all BNSF rail property in and between Operable Units 4 and 7, including rights of way and rail yards, according to a notice filed in the Federal Register.

The area involves over 42 miles of rail yards in northwest Montana. BNSF is alleged to have transported vermiculite along the tracks, which spread asbestos across the area, KULR8.com reported.

The agreement follows a Montana Supreme Court decision earlier this year that decreed the Class I could not shield itself from liability for transporting vermiculite contaminated with asbestos.

Public comments on the proposed agreement are being accepted through Sept. 30.