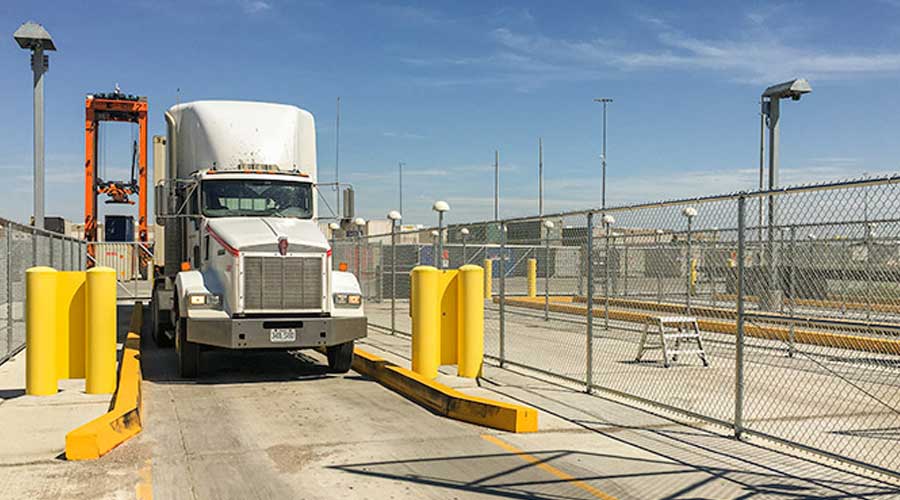 The "autostrads" are being used to improve the safety and efficiency of the Class I's intermodal operations. BNSF is the first railroad in the world to use "autostrads" that carry containers larger than 40 feet and the first U.S. rail carrier to implement the technology at an inland intermodal facility, BNSF officials said in a website post.

"We're incredibly excited about our automation efforts and believe it is certainly the future of intermodal hub operations," said Bob McConaughey, assistant vice president of hub and terminal operations. "As such, we look to lead this effort."

When a truck driver arrives at the intermodal facility, he or she is directed to fenced truck portals adjacent to the hub's production area, where the containers are loaded and unloaded onto trains. After backing into one of the portals, the driver exits the cab and moves behind the fence where a kiosk is used for entering container data.

The reverse occurs when a driver is picking up a container: The autostrad takes the container from the stacks in the production area to the truck, then loads the container onto the truck chassis. All this occurs in a matter of minutes.

"The beauty of autostrads is that we touch a container just one time, for either inbound or outbound operations," said Michael Kutscher, terminal manager at LPKC.

LPKC's layout made it a good location to test the autostrads, BNSF officials said. About 8,000 moves have occurred using the autostrads since mid-February.

LPKC is one of 25 hubs and logistics parks in BNSF's system and is ranked No. 6 in volume.