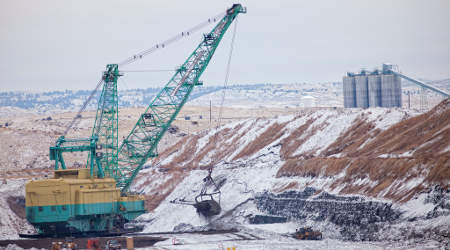 Lighthouse, the corporate parent of Millennium Bulk, filed its federal lawsuit Jan. 3 to allege that state officials violated the U.S. Constitution and federal law by "unreasonably denying and refusing to process permits to develop a brownfield site on the river where an existing state lease allows coal exports."

BNSF would have served the export terminal.

"As a common carrier, BNSF is required by federal law to move regulated goods, including coal," said Roger Nober, BNSF's executive vice president law and corporate affairs. "Permitting this facility should have followed the long-established process of making a determination based on site-specific impacts; instead they have taken it upon themselves to deny permits based on so-called rail impacts. This is a very clear violation of federal law."

The Class I's complaint outlines how state officials violated the ICCTA by using the transportation of coal by rail as the basis for denying permits for the terminal. The complaint also alleges the defendants interfered with BNSF's ability to engage in foreign commerce through the transport of coal to Millennium for export to Asian markets, which is in violation of the dormant foreign commerce clause.