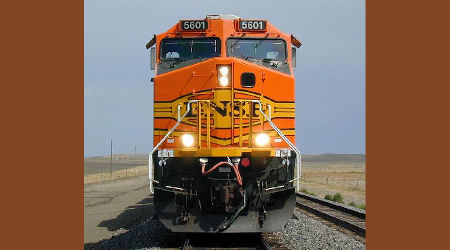 Also in Q3 industrial products volume increased 2 percent year over year primarily due to higher sand shipments and other commodities that support drilling. However, BNSF logged a 12 percent decline in agricultural product volumes during the quarter compared with a year ago. The decrease was driven by lower grain exports, partially offset by higher domestic grain.

Meanwhile, BNSF's coal volumes were up 2 percent in third-quarter 2017 and 12 percent for the first nine months of 2017 compared with the year-ago periods. BNSF attributed those increases to higher natural gas prices, which led to increased usage in utility coal.