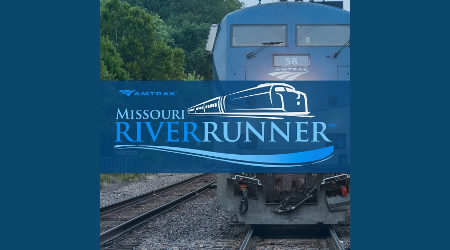 Severe weather and heavy rains in the central United States and a landslide in the Northwest have caused delays in rail transportation for two Class Is and Amtrak this week.

Union Pacific Railroad informed customers earlier in the week that severe weather and rain across the Midwest affected its service across its network.

Yesterday, the Class I announced that it has made "significant progress restoring service" to some flood-affected areas.

Flooding along the Missouri River prompted UP to temporarily close the route used by Amtrak Missouri River Runner trains, which operate twice daily roundtrips between Kansas City and St. Louis, Mo. Sponsored by the Missouri Department of Transportation, the service remains closed at least until tomorrow, Amtrak said.

And BNSF Railway Co., which owns the tracks on which the Amtrak Cascades service runs between Seattle and Portland, Ore., has suspended all rail traffic in the area at least through tomorrow because of a landslide, Amtrak announced on its website.