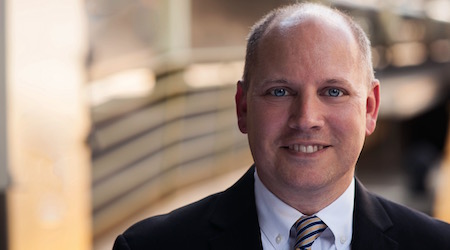 The Rail Passengers Association is calling on President Joe Biden to appoint people to Amtrak's board who represent a broad geographic region.

Late last week, Biden announced he would nominate five individuals to Amtrak's board. Only one of those nominees — Mayor Chris Koos from Normal, Illinois — is from outside the Mid-Atlantic states. In doing so, Biden "missed an opportunity" to nominate board members who will speak for regions that Amtrak serves outside of the Mid-Atlantic, said RPA President and CEO Jim Mathews in a press release.

"Amtrak's trains run throughout the U.S. Southeast, the Southwest, our northern border with Canada and the Pacific Coast," Mathews said. "Where are the nominees who will serve as the voice of the passengers from these regions, which include some of the fastest growing communities in the nation?"

In passing the Infrastructure Investment and Jobs Act (IIJA) in November 2021, Congress included historic levels of funding for Amtrak to improve and expand its national network. The IIJA also calls for reforms to Amtrak’s board so that it includes two members from the Northeast Corridor, two from long-distance routes and two from state-supported rail corridors.

"The Rail Passengers Association is looking forward working with members of Congress and their staffs during the confirmation process to ensure that this administration’s board appointments square with congressional intent, which reflects the reality that nearly 80% of all Americans today support a stronger national passenger-rail network for the entire country," said Mathews.