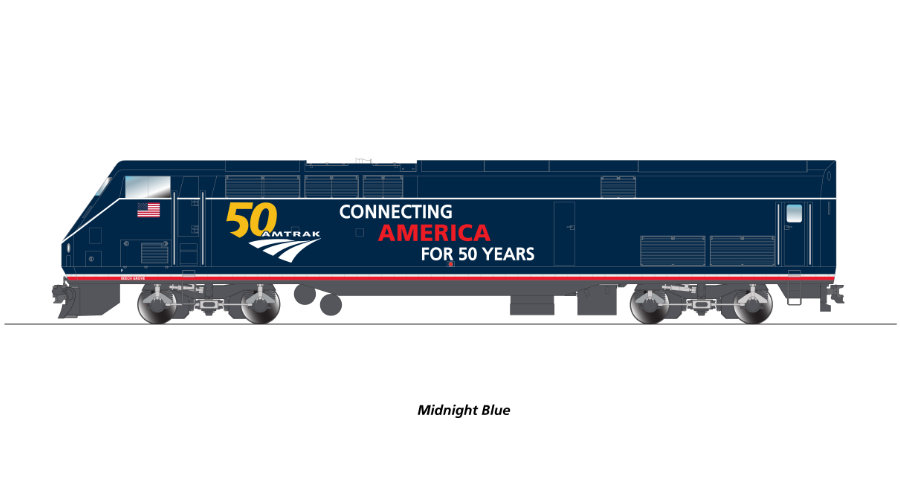 “We chose locomotives already budgeted for new paint as part of our life cycle preventative maintenance program and used the opportunity to celebrate this significant milestone on the most iconic component of our business,” said Amtrak President Stephen Gardner said in a press release.

The commemorative locomotives include: