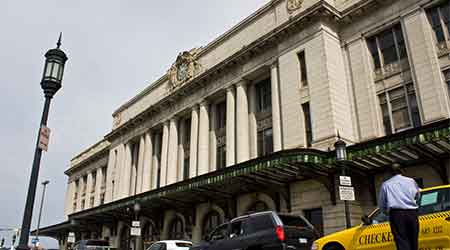 Under the agreement, Amtrak will invest up to $90 million on station improvements to accommodate an increase in passengers and to improve their experience at the station, according to an Amtrak press release.

Planning and development due diligence has been underway since January 2018, after Amtrak announced Penn Station Partners was selected as the station's master developer. The Baltimore-based partnership is led by Beatty Development Group and Cross Street Partners, along with a local and international team of planning, design and construction firms.

“By investing in the modernization of Baltimore Penn Station, Amtrak seeks to transform central Baltimore into a premier regional transportation hub that will provide new amenities and transit connections,” said Amtrak President and Chief Executive Officer Richard Anderson. “This work is part of Amtrak’s ongoing efforts to improve the customer experience and grow passenger rail.”

Amtrak and the developers are working on a "vision plan" for the station and surrounding Amtrak properties in partnership with local and community stakeholders called "Next Stop Baltimore Penn Station," Amtrak officials said.

The first phase of rail infrastructure work at the station includes renovating the existing platform to bring it back into service and constructing an additional platform.