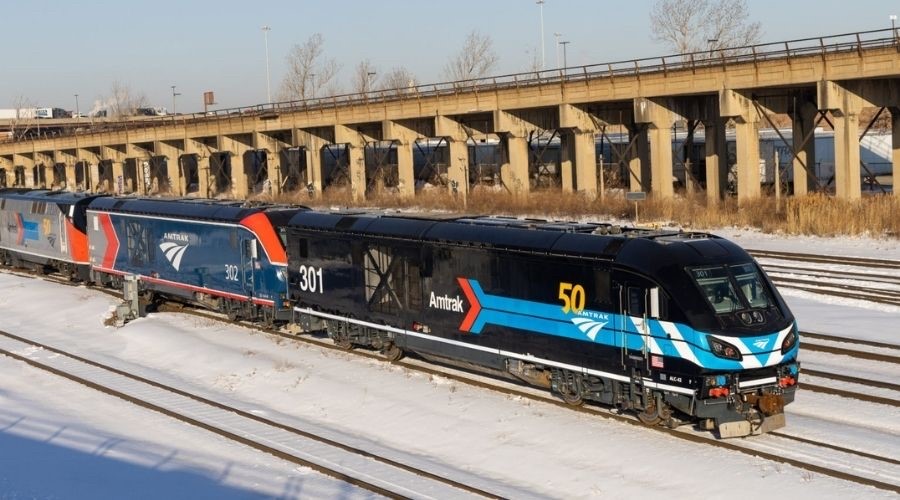 Amtrak this week debuted the first two of 75 total ALC-42 locomotives to be delivered through 2024 on the Chicago-Seattle route.

The locomotives began service by pulling the railroad’s westbound Empire Builder train. Part of Amtrak's sustainability initiatives, the new locomotives are more environmentally friendly than their 1990s-era predecessors by reducing nitrogen oxide emissions by more than 89%. They also reduce particulate matter by 95%, while consuming less fuel than the retired locomotives. Top speed is listed at 125 mph.

Siemens Mobility developed the ALC-42 locomotive series in partnership with Amtrak to haul heavier and longer trains during cross-country trips. The units were built at Siemens’ manufacturing hub in Sacramento, California. The total cost of the 75 locomotives is nearly $850 million, including supplemental maintenance support. The locomotives are expected to power trains on 15 different Amtrak routes across the United States.

“From the first ACS-64 in 2014 to the latest Charger locomotive, Amtrak is a leader in sustainable travel for Americans,” said Michael Cahill, president of Siemens Mobility North America rolling stock, in a press release. “We are looking forward to seeing these Chargers safely transport millions of Americans across the nation.”